Ode to England at Burberry 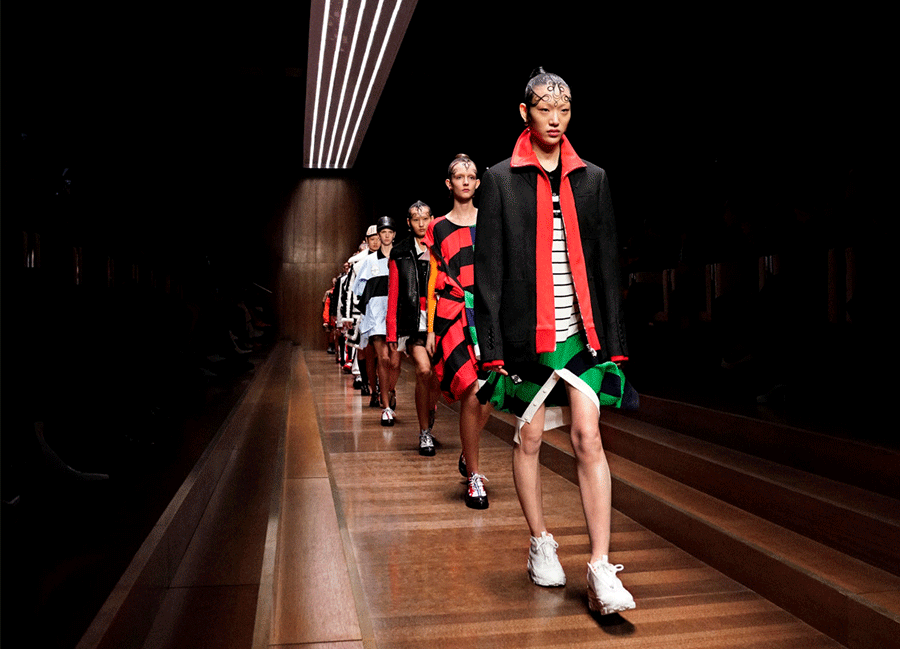 Riccardo Tisci’s sophomore collection for Burberry shown at the Tate Modern was quite the departure from his inaugural presentation. More assured and unbounded by expectations, fall 2019 at Burberry is a celebration of structure and tradition as well as whimsey and edge so synonymous with Tisci’s particular aesthetic. The show was a clear homage to England, a country of contrasts, as demonstrated not only by cheeky nods to Union Jack and high street kicks but also by show’s program that divided the presentation into two: street and salon looks. 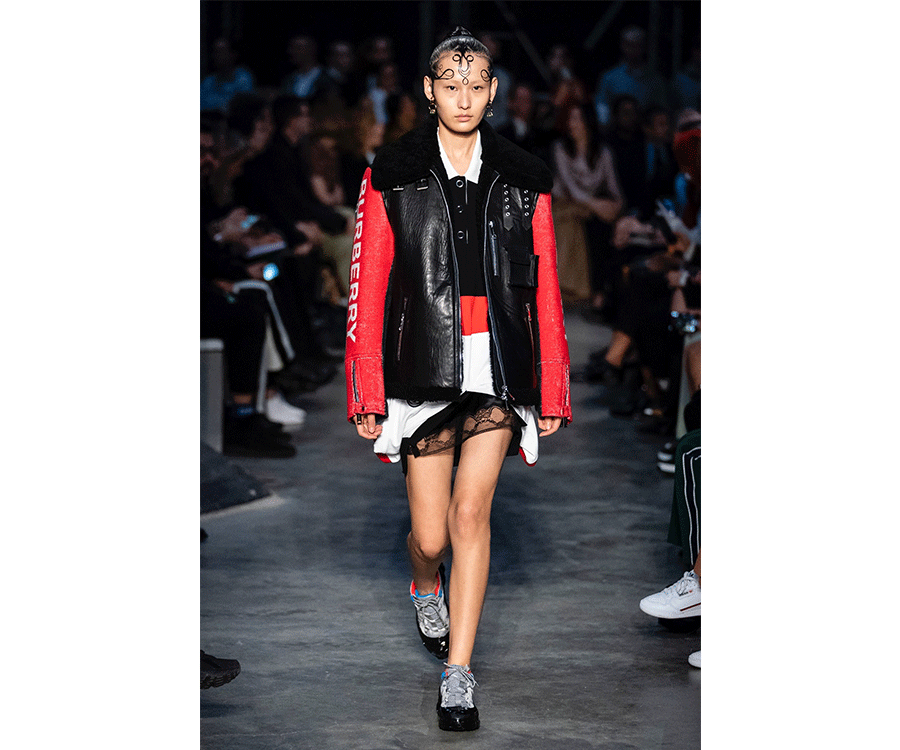 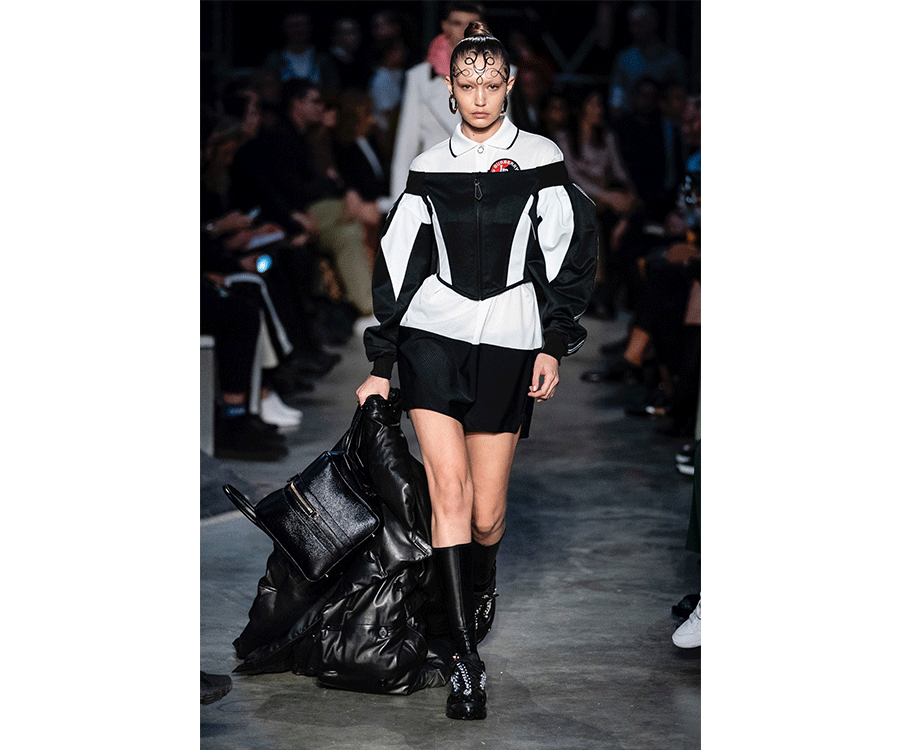 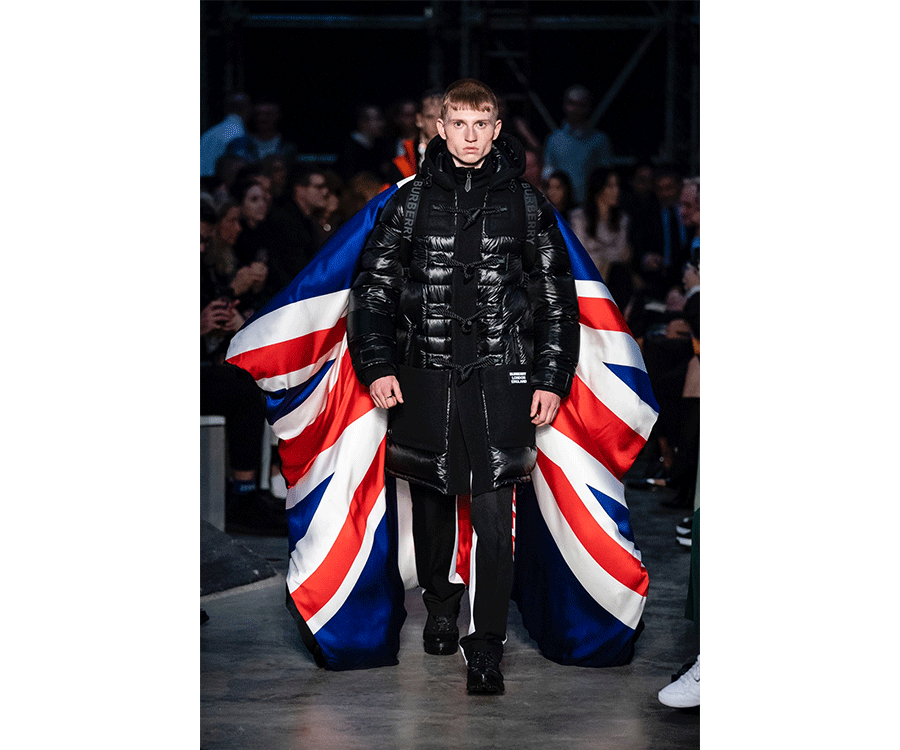 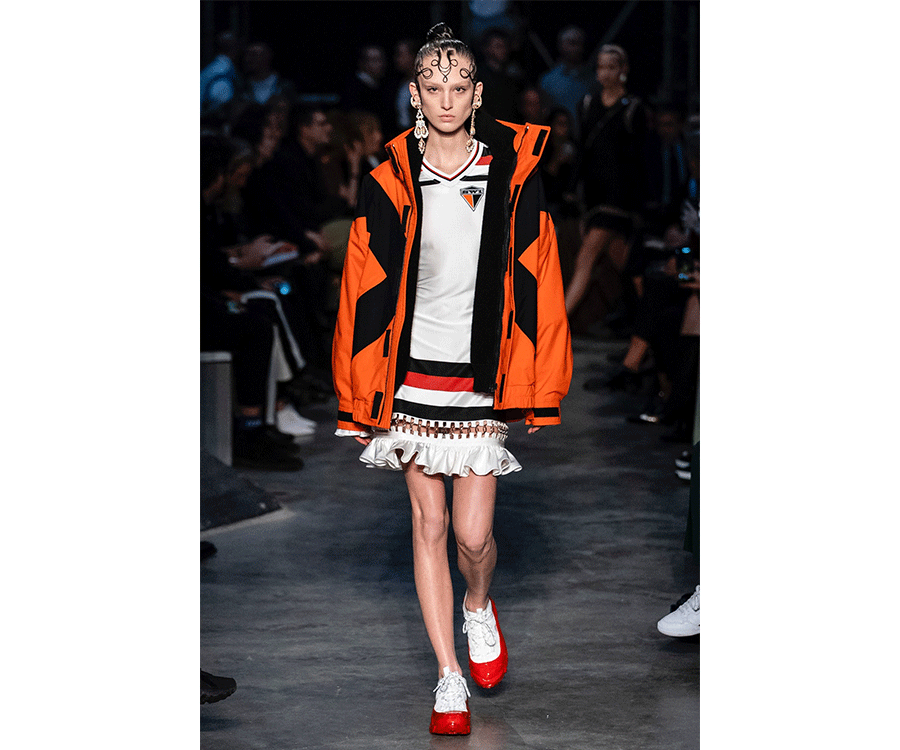 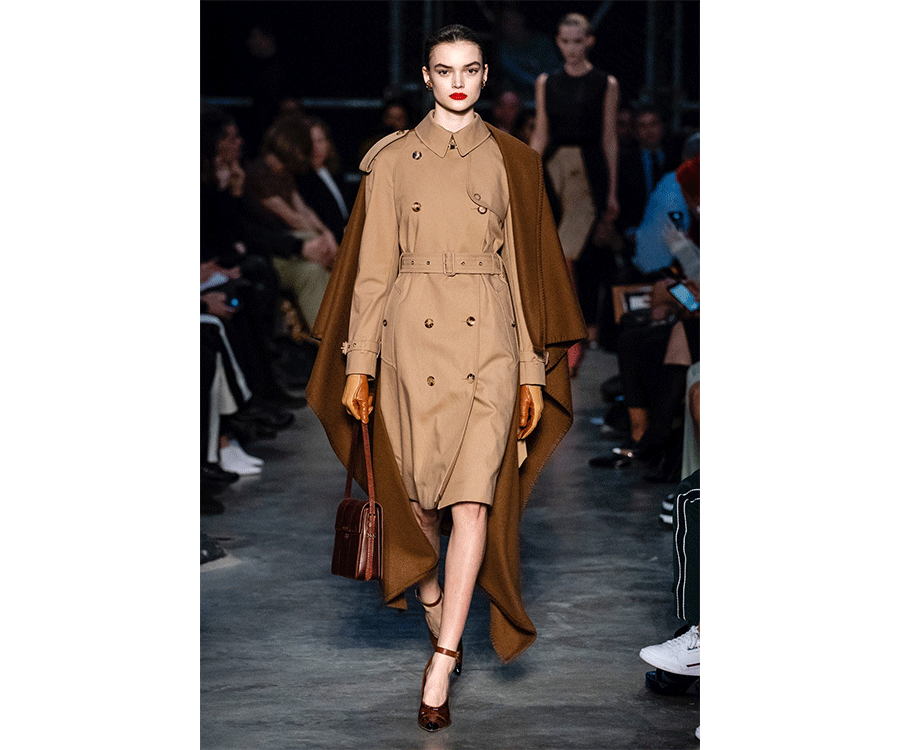 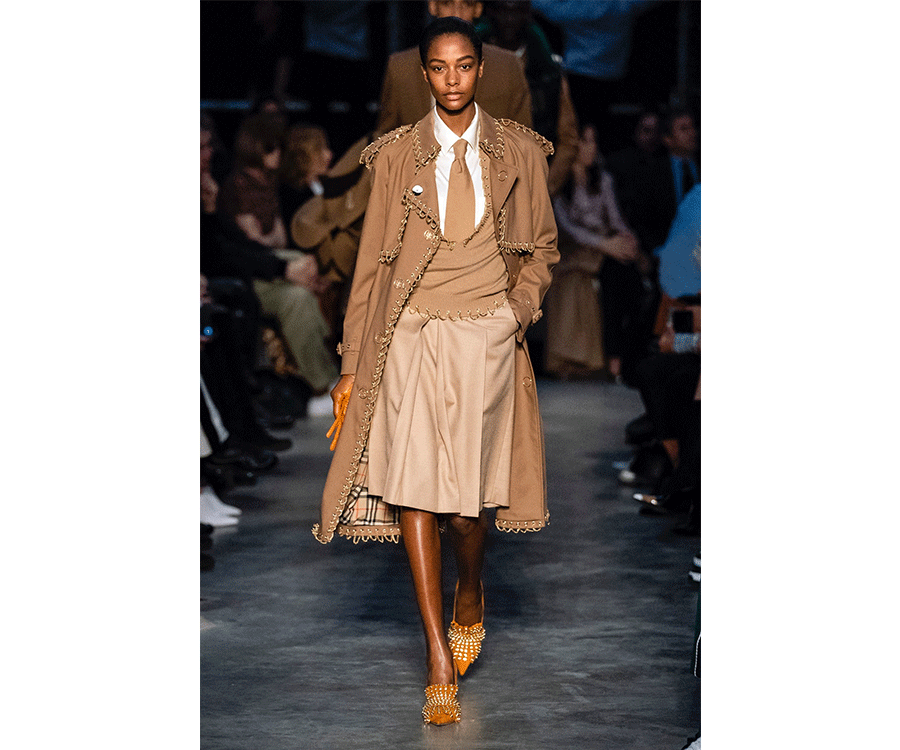 The show opened with youth-approved sneakers and a series of streetwear looks, punctuated by bold stripes and not-so-preppy polos made into mini skirts and dresses. There were hoodies, track pants, sleek leather jackets and shiny puffers, as well as mesh sports jerseys. Tisci once again proved he’s a vanguard of the haute-streetwear movement by adding touches of lace, flared hems, chain link detailing and sparkly fringe to elevate pieces you’d expect to find in the closet of a cool British teen. Not to mention, unique hair design that echoed some of the goth vibes we saw Tisci explore during his time at Givenchy. 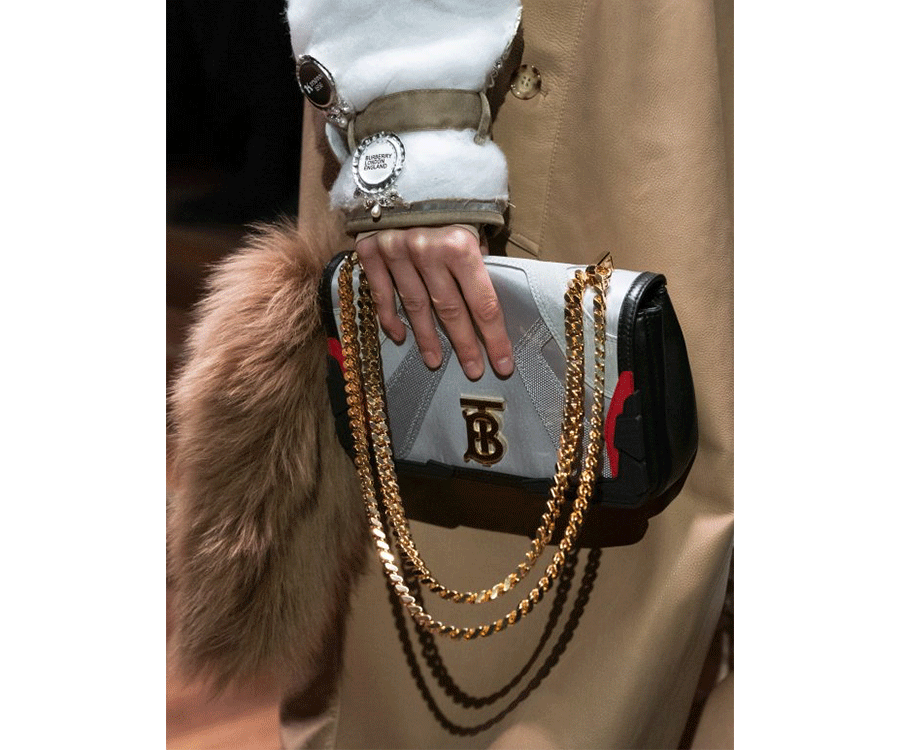 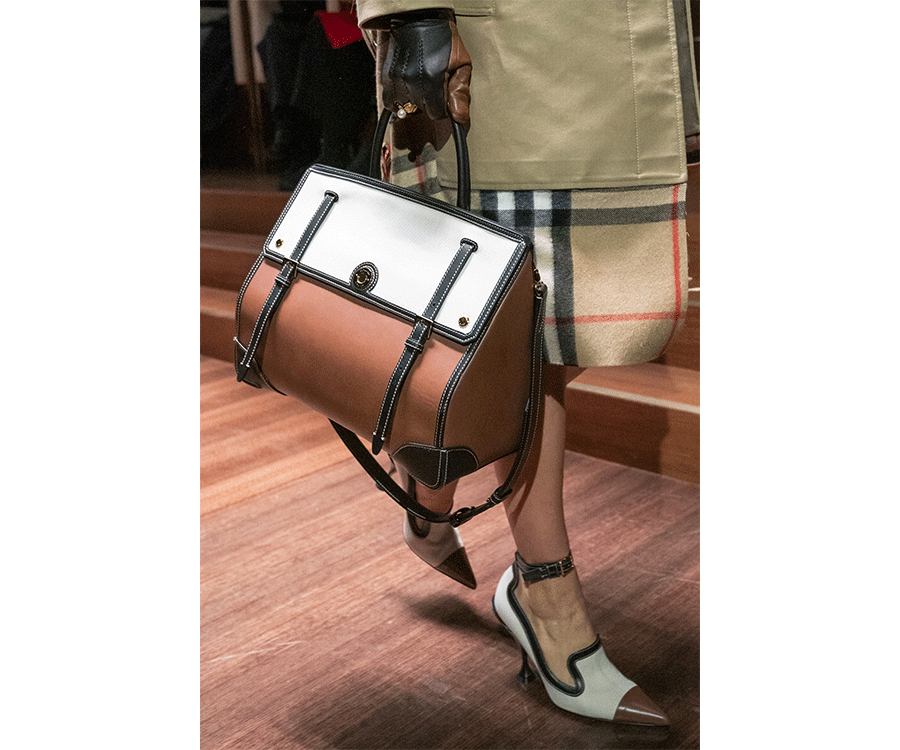 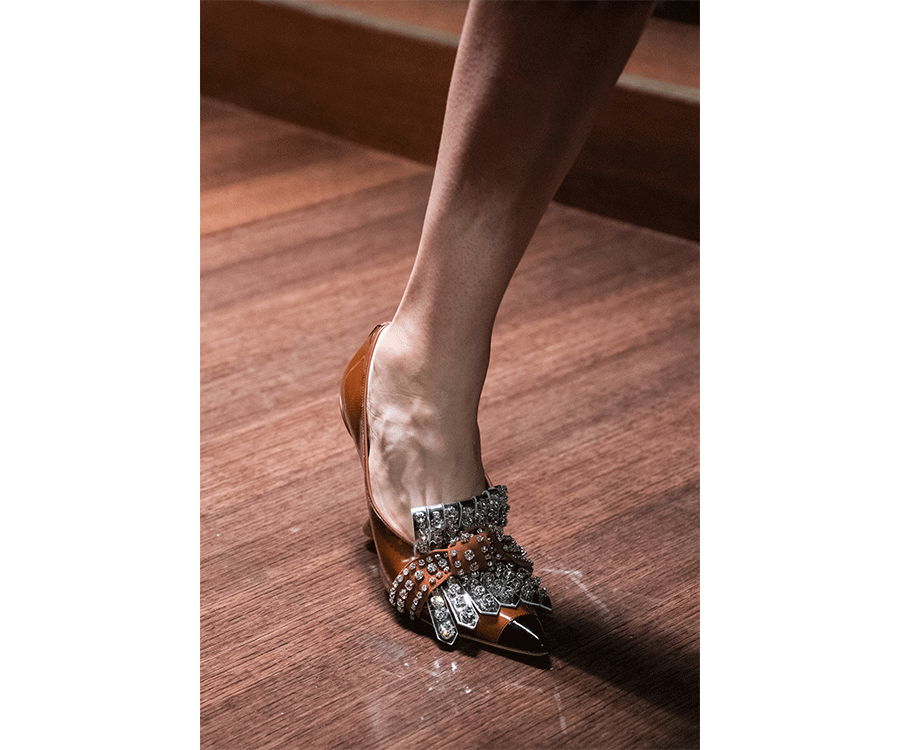 Later, during the other half of the show that played with proper Brit vibes and decorum, the beige brigade came out strong, with a camel-colored lineup of trench coats that were far from boring thanks to contrast leather piping. Tisci’s more buttoned-up client will be pleased with the selection of silk blouses — many of which came with ties — and the assortment of knee-grazing skirts done in a subtle pleated pattern or in a light brown buttery leather. An emerald green puffer and a springy lime suit helped bring some life into the otherwise neutral color palette. Worth of note was the runway appearance of Irena Shayk, who chose a sleek and VERY sexy Burberry backless dress she wore to the Oscars. A head turner, for sure. 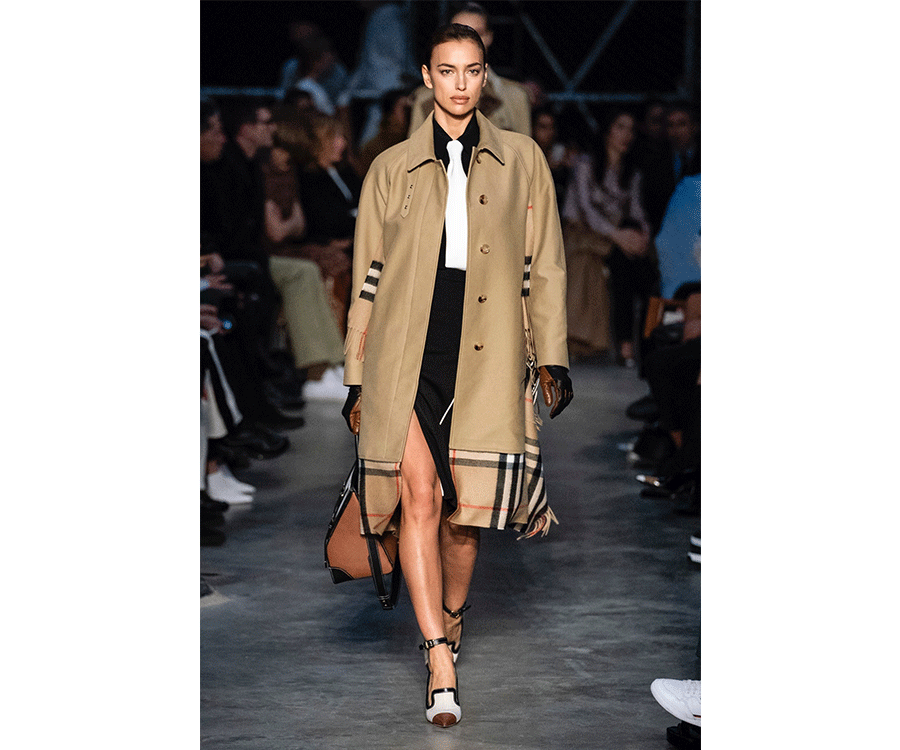