MCM delves into the future with its vibrant Spring/Summer 2022 collection. The new campaign, which blends visual imagery with CGI, creates an interdimensional utopia that reverberates with vivacity and promise for the new season. 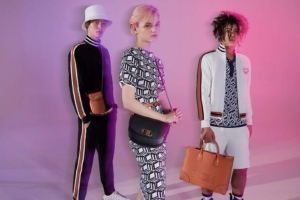 The German fashion house has created a futuristic landscape that borders on mystical. Its quality leather goods, clothing and accessories stand out among the bright landscape.

“MCM is constantly evolving, and this season’s collection with the accompanying campaign is a true representation of where MCM is headed,” says MCM Global Creative Officer Dirk Schönberger. “We’re going to be bold, and we’re going to be transformational — working with partners and ambassadors that best represent our future.” 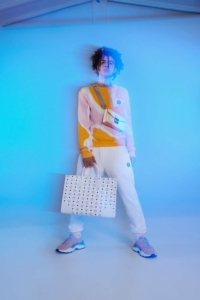 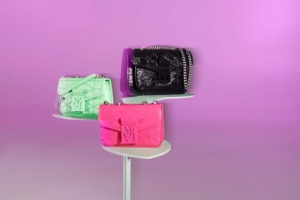 The idyllic space captured in the campaign intermingles the serenity of nature with the buzz of a city. MCM’s Spring/Summer campaign includes still imagery photographed by Reto Schmid and motion directed by Torso with looks created by Haley Wollens.

The latest collection marks MCM’s 45th anniversary since its founding in 1976. With an eye for technology and the arts, the brand is continually pushing the boundaries on rebellious statements and functional fashion. Whether in a digital utopia or IRL, MCM never fails to impress.