The Best Designer Revivals of 2020

The fashion world is constantly reinventing itself, but there is no denying the power of a great throwback. Styles of the ’80s, ’90s, and early 2000s are sashaying back into the pages of glossy magazines and adorning the runways of our favorite designer fashion houses. Vintage-style accessories have been reimagined this year, and we’re ready to hop in the time machine. Embrace the nostalgia of past decades with these five iconic re-releases from our favorite luxury designers available at Aventura Mall. 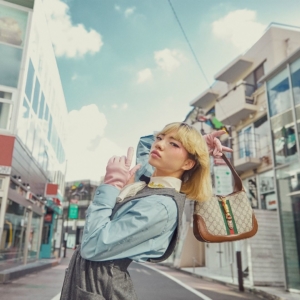 Gucci’s Jackie 1961 bag was named one of the most coveted purses of 2020 by Marie Claire, making it a stylish commodity. Reimagined for the new Fall/Winter 2020 season, the Jackie 1961 comes in three different sizes and a multitude of colors. The irresistible bag carries a retro feel with its curvy half-moon shape and distinctive hardware that embodies Gucci’s heritage.

While the Jackie 1961’s design has certainly earned its laurels as an it-bag this year, it’s history may be its most attractive detail. The hobo handbag was originally called ‘Constance’ when it debuted in the 1950s. After being spotted under the arm of Jackie Kennedy, popularity for the Constance skyrocketed. The bag soon became Jackie O.’s go-to sidekick, leading Gucci to rename the bag in her honor. Now, who wouldn’t want to wear a bag adorned by one of the nation’s greatest fashion icons? 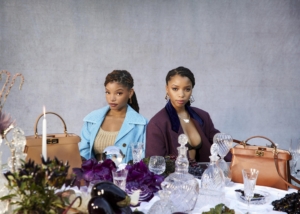 Surprise! We love when a game of ‘Peekaboo’ involves a Fendi bag. Originally launched in 2008, Fendi’s Peekaboo bag hit the runway to great acclaim. “Simplicity is the new eccentricity. I was looking for a traditional, yet modern contemporary shape, able to satisfy the most sophisticated women,” said Silvia Venturini Fendi, according to Purse Blog. To Fendi, simplicity and style rely on “whispered luxury,” which pairs rich materials with functionality.

The new Peekaboo bag just hit stores in August, and it’s destined to be the hottest item of the year. To top it all off, R&B duo Chloe x Halle (Beyonce’s protégés) star in the designer’s colorful campaign. For the first time in Fendi’s history, the fashion house turned over creative control to its models. Spoiler alert: the singing sisters did not disappoint.

With an air of relaxed extravagance, the new Peekaboo will add effortless sophistication to your handbag collection. 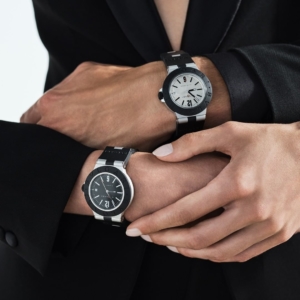 We love a great revival, so this 1998 BVLGARI Aluminum renaissance is everything. Beginning this week through November 1st, MAYORS, located at Aventura Mall, will enjoy exclusivity on the piece. The BVLGARI Aluminum Series is the latest timepiece to add to your wish list and a much-welcomed celebration of ‘90s fashion.

MAYORS will exclusively feature three sporty styles of the revived Aluminum Series. True to its ’90s nature, the series is a bold new member of the collection. The dark aluminum is lightweight and durable, yet possesses class and notoriety simultaneously. Stop by MAYORS to take a peek at the aluminum timepieces available with a white dial, black dial, and a white dial with a black rubber bracelet. 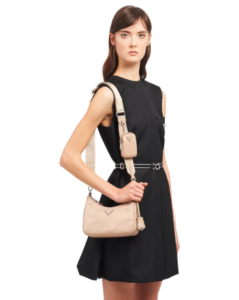 The revival of the early 2000s has brought back a profusion of pop culture. From the closet of Carrie Bradshaw to the fashion stylings of Blair Waldorf, the era was known for its fictional fashion icons and undeniable flair. Prada’s famous nylon mini bag was the quintessential accessory of 2005. When “The Devil Wears Prada” debuted in theaters in 2006, it rose to even more prominence as fashion fans craved a piece of prestige.

Thankfully for us, Prada’s seminal handbag is back! Versatile enough to be chic and sporty, the original nylon bag dates back to the 1970s and was initially reimagined in 2005. In 2020, Prada has re-debuted the Re-Edition 2005. Luxe saffiano leather, a detachable chain, and the triangular Prada logo make it a timeless staple to add to your collection.

Prada is located within Bloomingdale’s on the Lower Level. 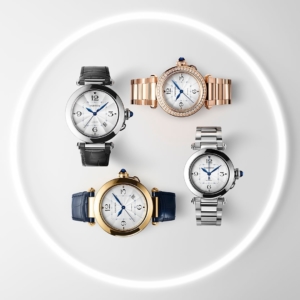 Cartier is a symbol of opulence, and the brand’s new Pasha collection is no exception to that rule. As an ‘80s baby, the Pasha de Cartier brought elegance to an era that was otherwise known for its spandex and big hair. The original watch made its debut in 1985, becoming an instant hit with sports stars and A-listers, according to Hypebeast.

The reimagined watch is unisex and will be available in both 35mm and 41mm sizes. With a wide variety of metals, the Pasha de Cartier collection is available in stainless steel, 18k yellow gold, 18k pink gold and 18k white gold. The recently released timepiece brings vintage touches that are true to its predecessor with a round shape, Roman numerals, and an exquisite face. Some new additions to the revamped watch include Cartier’s QuickSwitch quick strap release system and its SmartLink quick bracelet sizing systems. What a welcomed blast from the past!

What’s your favorite fashion revival of 2020?