From the late Virgil Abloh to the great Naomi Campbell and hot designers like LaQuan Smith and Christopher John Rogers, we look at 10 talented people who have triumphed in the fashion industry.

Diversity and inclusion are the hallmarks of Black History Month, commemorated in the U.S. since 1970. Each February, Black Americans in every field are honored and celebrated for their considerable accomplishments – and, of course, that extends to the fashion industry, where sought-after Black designers, models and editors continue to be trailblazers in innovative design and imaginative editorials.

With that in mind, we’re spotlighting 10 names you need to know in fashion and style – not only in February, but every day of the year. 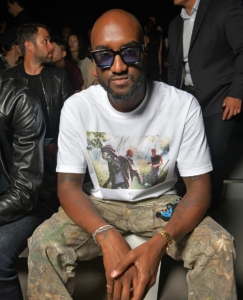 The late designer was the first Black man to helm the house of Louis Vuitton as creative director and only the third Black man to hold that position at a French label. The designer, who also founded the popular Off-White brand, was beloved not only for his thoughtful, innovative designs but also for his unassuming nature, happy to always put the work before the accolades. When he passed suddenly in November of last year from a rare form of cancer, the news hit the fashion industry hard: “Virgil, I am lost for words. The world has lost a fashion superstar. An innovator. A creator for the history books,” wrote Donatella Versace on Instagram.

Abloh’s passing was honored in December at the Louis Vuitton Spring 2022 menswear show hosted by the brand during Art Basel Miami Beach at Miami Marine Stadium, where front-row attendees included Pharrell Williams, Kanye West, and Kim Kardashian. Said Williams that night, “There’s a lot of emotions; what he built and what he put together is amazing.”

You can also view Abloh’s artistry via ARROWS & FLOWER, his collaborative piece with Takashi Murakami, which is featured in our Arts Aventura Mall Collection. 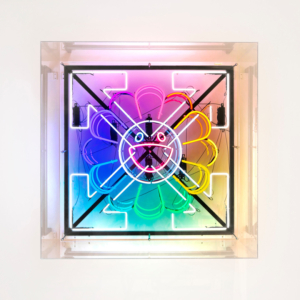 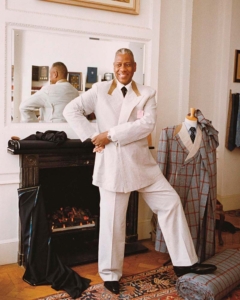 The longtime journalist, stylist, and creative director also marked an important milestone in the fashion industry as the first African-American male creative director at Vogue, a position he held from 1988 to 1995. Talley died from complications of a heart attack and COVID-19 in January at the age of 73; his ubiquitous presence on front rows will be missed.

Talley’s most recent book, The Chiffon Trenches: A Memoir, released in 2020, is filled with his no-holds barred opinions, as well as an unabashed look at his kind heart. “Love must be kind, and it must be a two-way street. Loyalty between two persons in an alliance of true friendship is a noble human endeavor,” he wrote. 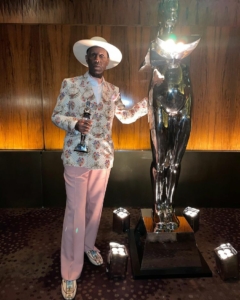 The Harlem-born fashion icon blazed new trails for Black fashion in the 1990s, creating celebrated knockoffs of high-end designers, an unabashed move that caused copyright kerfuffles over the years. But in 2017 Gucci’s Alessandro Michele came calling, asking to partner with “Dap,” as he is known, on collections, while also investing in his uptown studio to create an appointment-only atelier. In November 2021 the Council of Fashion Designers of America presented Dap with the Geoffrey Beene Lifetime Achievement Award. “I feel like I finally made it,” he said with a smile that night. 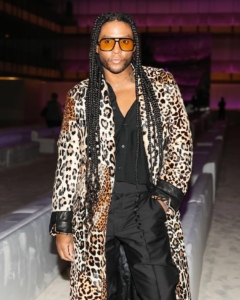 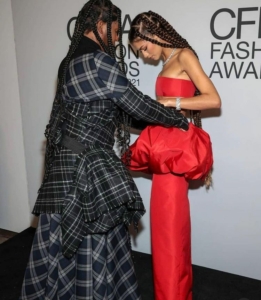 Without question today’s most talked-about celebrity stylist, Roach in recent years has dressed some of the world’s hottest actresses, notably Anya Taylor-Joy and Zendaya. His looks for the Euphoria star have been particularly celebrated, including the custom yellow Valentino two-piece gown she wore to the 2021 Academy Awards, paired with one-of-a-kind Serpenti diamond jewels by Bulgari. Roach is sought after by A-list women and causes a frenzy among fashion fans, quite simply because he knows how to create the perfect combination of style and drama. 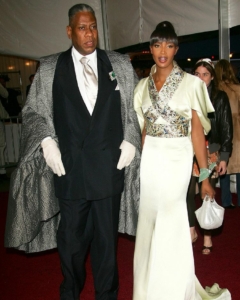 She’s quite simply a legend, and at 51 years old, she’s still creating high-wattage runway moments, most recently causing a sensation when she closed out the Alexander McQueen Spring/Summer 2022 show in October. Campbell’s sultry walk is simply unparalleled, and it’s little wonder why she continues to command every runway on which she’s seen. 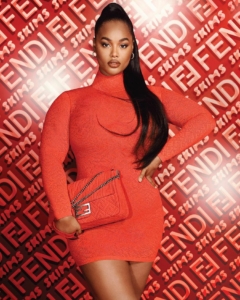 Diversity and inclusion in recent years has been extended (finally) to a celebration of plus-size bodies, and no model exemplifies that beauty ideal better than Precious Lee. The first Black plus-size model to adorn the cover of Sports Illustrated’s annual Swimsuit Issue, Lee has appeared on high-profile runways for Michael Kors, Prabal Gurung, Versace and others, while she also set social media on fire this past fall with the debut of her campaign for the Fendi x Skims collaboration. 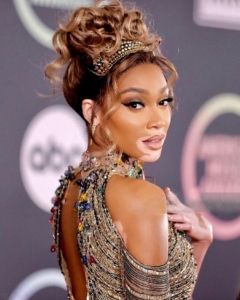 Canadian-born Winnie Harlow was four years old when she was diagnosed with vitiligo, a rare condition that causes depigmentation on portions of the skin. That didn’t deter Harlow from entering 2014’s America’s Next Top Model competition, where she quickly gained notice not for her skin, but for her skills. She has since walked in shows for Marc Jacobs and Victoria’s Secret and has appeared on the covers of Elle and Harper’s Bazaar, while also working to raise awareness about vitiligo. 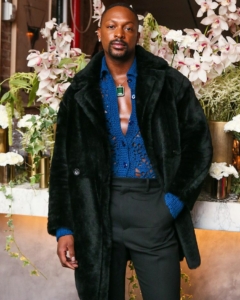 He’s dressed Kim Kardashian, Rihanna, Beyoncé, Katy Perry and Lady Gaga — and that’s just a short list of the high-powered women who have sought out LaQuan Smith’s fierce red-carpet designs. The Queens-born designer started his brand at just 21 years old, and in the nine years since has grabbed headlines for creating heart-stopping looks that get noticed. 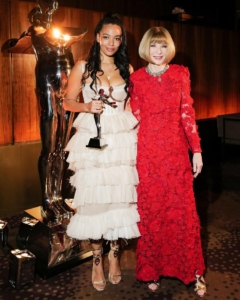 The Canadian-born creative director and fashion designer founded her Brooklyn-based Brother Vellies label in 2013, and while celebrities and fashion fans alike clamor for her latest shoe designs, more recently she’s garnered considerable attention for her activism. In 2020 James founded the 15 Percent Pledge, a non-profit organization that encourages retailers to devote 15 percent of their store space to Black-owned designers and businesses (the number is derived from the fact that Black people comprise roughly 15 percent of the U.S. population, according to the most recent U.S. Census). 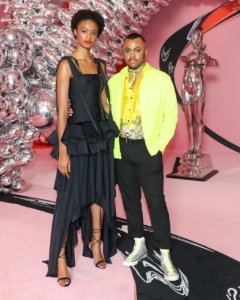 From Michelle Obama to Zendaya, Vice President Kamala Harris to Lady Gaga, women adore Christopher John Rogers. From his penchant for bold colors to his love of structure woven through a dramatic-meets-elegant thread, the Louisiana-born, Brooklyn-based Rogers excels at creating clothes for woman who aren’t afraid of being noticed. And the CFDA agrees: In November they named him American Womenswear Designer of the Year at the CFDA Awards. “Not so long ago I was with my friends, buying whatever fabric we could afford and sewing stuff up in our kitchen,” Rogers said that night. “And now here we are, dressing amazing, iconic women who have something to say, not just about fashion, but about the world.”

For a closer look at fantastic fashion by Black designers, check out the wide range of exceptional style available at Aventura Mall.