Beyond Pink: Brands Fighting Back Against Breast Cancer

While October is synonymous with warm fall colors, it’s also known for the iconic pink ribbon, which reminds us that Breast Cancer Awareness Month is still as important as ever.

Every two minutes, a woman in the United States is diagnosed with breast cancer and one in 39 will succumb to the disease. However, with heightened awareness and early detection, the five-year survival rate is 99%. According to the American Cancer Society, between 1989 and 2015, the death rates in women declined 40% due in part to early detection and advanced treatment methods. There are currently more than 3.8 million survivors in the country. Through our collective efforts, we can increase this number.

To show our support for breast cancer awareness and education, we’re highlighting several Aventura Mall retailers that are going above and beyond to raise critical funds for breakthrough research. Combined, the following brands have donated nearly $150 million towards the fight against breast cancer. 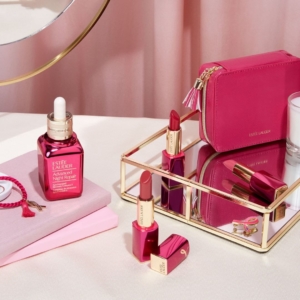 The campaign’s signature symbol, the Pink Ribbon, has become the global symbol for the fight against breast cancer. To date, the Breast Cancer Campaign has raised more than $89 million to support global research, education and medical services, with more than $73 million funding 293 medical research grants through the Breast Cancer Research Foundation® (BCRF).

One thing is certain, it’s #TimeToEndBreastCancer once and for all. 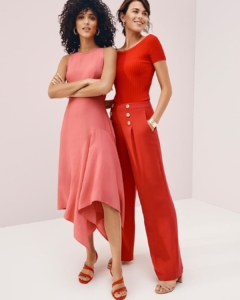 Since 2005, Ann Taylor has raised over $44 million for the Breast Cancer Research Foundation, an organization dedicated to advancing the world’s most promising research to eradicate breast cancer. In addition to monetary donations, the retailer and its sister brands have set a goal of funding 1.2 million research hours by 2022.

Ann Taylor is located on the Lower Level near Macy’s Men’s Home Furniture. 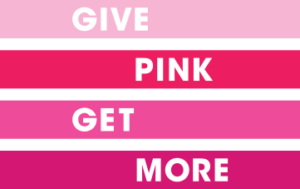 Over the past 15 years, Bloomingdale’s has contributed more than $12 million to the fight against breast cancer. Every October, raising awareness and funds through their Pink Campaign, which includes everything from exclusive products and in-store events to the Give Pink, Get More program.

This year, Bloomingdale’s is hosting pop-up shops with products benefiting organizations like the BCRF, The Tutu Project and the Marisa Acocella Marchetto Foundation, a nonprofit that gives financial support to women diagnosed with breast cancer. They are also reimagining their classic Little Brown Bag in a pink hue, with $2 from each sale going back to the charities. 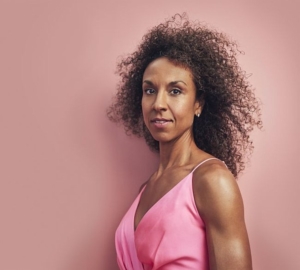 Since 2003, Macy’s has raised $14.7 million for the Breast Cancer Research Foundation, enabling over 295,000 hours of cancer research. This year, Macy’s is proudly funding the work of nine researchers across the globe. Additionally, it is addressing the race disparities within the breast cancer community head-on. Macy’s will donate to researchers focusing on early detection, prevention, and treatment in Black breast cancer patients.

From October 1-15, customers can band together to support breast cancer awareness and research initiatives by shopping exclusive, limited-edition pink products through Macy’s Pink Shop as well as rounding up their in-store purchase or donating online to benefit the BCRF. 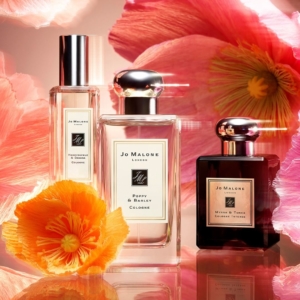 A breast cancer survivor herself, Joanne Malone’s beloved fragrance company, Jo Malone London, is dedicated to finding a cure. In support of the Estée Lauder Companies’ Breast Cancer Campaign, the brand is donating $120,000 to the Breast Cancer Research Foundation in October.

Jo Malone is located on the Upper Level of Luxury Court.