Three of the NBA’s hottest players are also known for baller moves with high-wattage fashion.

Forget about professional models – if you want to view some of today’s most sought-after menswear, hang out behind the scenes of a typical NBA game to watch player entrances. From legends like LeBron James and Dwayne Wade to 2021 Rookie of the Year LeMelo Ball, basketball’s hottest names play hard at their sartorial game as well.

As the annual All-Star Weekend approaches, here’s a look at three Miami Heat players who are just as passionate about fashion as they are 48 minutes on a court, as well as pieces inspired by their standout style. 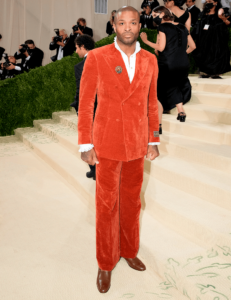 The Heat’s power forward also scores high marks for his style quotient, often pairing sleek pieces by Gucci or Louis Vuitton with the latest shoes by Nike. At September’s Met Gala, Tucker wore a velvet suit by Gucci, a nice match with the design from the label’s 100th-anniversary Aria collection, which the NBA star wore with a classic double-G loafer and a lion’s head brooch. 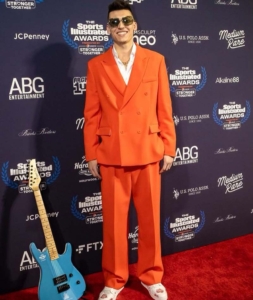 If anyone can boast some serious style cred, it’s this Heat point guard: In December, he was named Best Dressed Athlete of the Year by Sports Illustrated. Herro confirmed his adventurous attitude toward fashion when he turned up at the SI Awards in a bright orange suit by his go-to label, Louis Vuitton.

Louis Vuitton Hook Jacket in violet pink wool featuring a belted waist and hooks both for closure and to adjust sleeve length, $3,750; available at Louis Vuitton.

Like many NBA players, this Miami Heat guard is a serious watch guy – it’s among the reasons TAG Heuer named him a brand ambassador in 2021. Butler mixes his casually elegant style with the sophisticated-meets-sporty pieces from the watch brand, including the piece seen here, a collaboration unveiled during Art Basel Miami Beach in December.