Gucci 100: A Century Of Fashion, Music And Memories 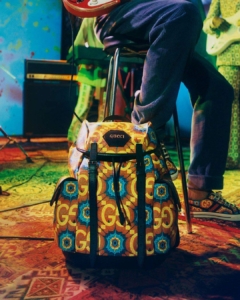 It’s not every day a luxury fashion house turns 100 – but it’s currently the case for one of our favorites: Gucci.

Founded in Florence in 1921, the House marks its 100th anniversary with an ongoing commitment to redefining luxury, while celebrating the creativity, innovation and Italian craftsmanship at the core of its values. 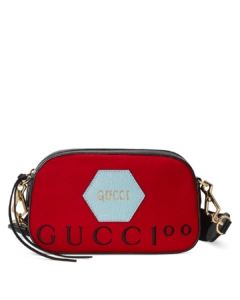 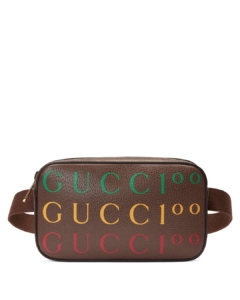 Conceived as a tribute to celebrate the centennial of the Maison, Gucci 100 manifests a deep connection between two universal languages: the language of clothing as an expression of personal identity and the language of music that recalls a collective memory.

It all begins with reflections on a number: 22,705. This is the extensive number of songs – from 1921 to date – in which the word “Gucci” appears among the lyrics, according to Musixmatch, the Music Data Company that manages the world’s largest archive of music lyrics, that collaborated with the Maison for this research. 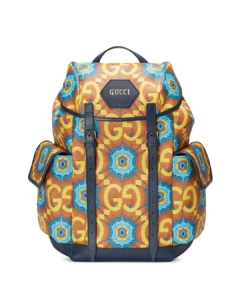 The House’s ready-to-wear and accessories feature the Gucci 100 logo or are adorned with verses from three songs chosen by Creative Director Alessandro Michele from among the countless tracks that mention the brand: “Music is Mine Gucci Seats Reclined”, from the song “The R” (1988) by Eric B. & Rakim, “This One’s Dedicated To All You Gucci Bag Carriers Out 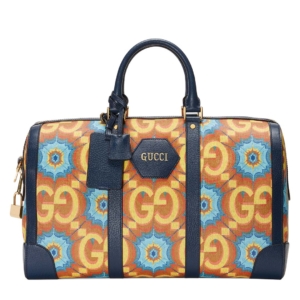 Aventura Mall’s recently expanded Gucci boutique is offering several handbags and backpacks from the collection featuring the Gucci 100 logo and colorful prints that mix circles and GGs to create a playful and nostalgic effect. 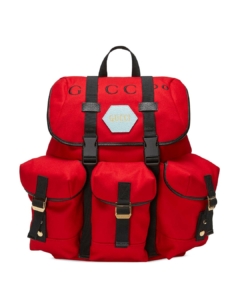 The campaign itself is a musical match made in Gucci heaven. Jazz, Psychedelic, Japanese Punk, Disco, Hip Hop, Afrobeat: these genres serve as the musical backdrops to a century-long journey in which a cast of characters moves through an evolution of sounds, harmonies, movements, tastes, and styles. Shot by Joshua Woods under the creative direction of Alessandro Michele, the campaign channels love for life itself, the pleasure of conviviality, the beauty of dance, the overwhelming energy of music, the thrill of performance. 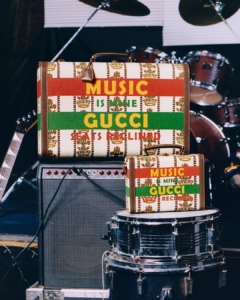 Mark this momentous fashion occasion by shopping pieces from the collection at Gucci in Aventura Mall, located on the Lower Level.