Black Culture in Every Stitch

Fashion carries history through every thread. A garment is stitched with lived experiences, art, culture, and a commitment to sending a message — on or off the runway. From logomania to the explosion of sneaker culture, Black designers and Afrocentric culture have shaped the fashion industry for decades. Do you know the story behind the favorite pieces in your closet?

Virgil Abloh, Louis Vuitton’s men’s artistic director, is known for his seminal interpretations of streetwear. In his first Paris residency for Louis Vuitton, he debuted a singular collection that took the stage in a concept store, complete with a custom-made skatepark.

The January celebration of the Louis Vuitton men’s collection continued with the brand’s digital Fall 2021 show, which incorporated performances and art forms showcasing Black artists. Captured in both Switzerland and Paris, the runway paid homage to James Baldwin’s 1953 essay “Stranger in the Village.” 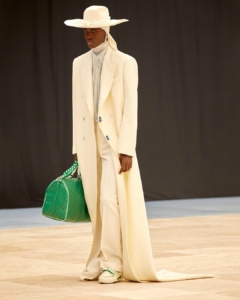 Saul Williams, an American performer, acted as the narrator while Abloh’s designs took viewers through six male archetypes with a collection called “Ebonics.” Williams and Kai Isiah Jamal delivered prose, and among the words, they left an important message: “Deconstruct the narratives… make spaces.” The performances carried the pain, hope, and poignancy of the Black Lives Matter movement in conversations on racial justice.

“We sat through so many heavy conversations in 2020, some so heated that things can’t be discussed anymore. But fashion can do this. Shows can do this,” said Abloh in an interview with Vogue. While the message was impactful, Abloh’s designs were poetry in their own right and centered on Black influence in fashion’s history. 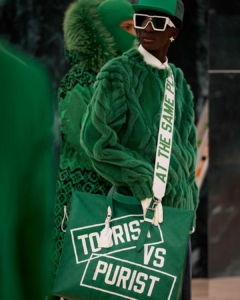 The Rise of Sneaker Culture

While chic African draped wraps and modern interpretations on the kente cloth hit the Louis Vuitton runway, Abloh’s residency also focused on the undeniable magnetism of sneaker culture. Within the concept store, ‘Hall of Fame’ sneakers became a coveted focus — reissued in January, the five colorful Louis Vuitton trainers sold out in one week.

Virgil Abloh’s love letter to streetwear is ubiquitous in his designs, and sneaker culture is a trend that originated in the Black community. “Sneakerheads” aren’t new pioneers but traditionalists grabbing onto fashion of the 1970s. In the United States, trainers made the transition from sportswear to a form of cultural expression in the ’70s and ’80s. 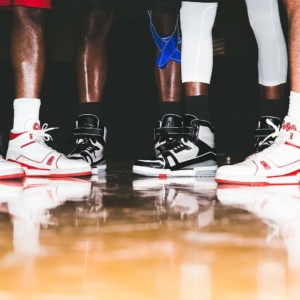 Black and brown communities launched the rise of sneaker culture, heavily influenced by hip-hop, streetwear, and basketball. When Michael Jordan’s ‘Air Jordan’ line launched in 1985, the shoe became a sought-after closet staple. Black youth propelled the popularity of trainer culture throughout urban cities across American, which in turn led it to become a prominent shoe in the skateboarding community—another nod in Abloh’s concept.} 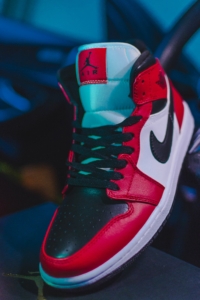 Photo by Vladislav Bychkov on Unsplash

From sportswear brands like Adidas to high-fashion names such as Balenciaga, sneaker culture is a prominent trend that’s here to stay.

Sneaker culture has always vibed with the hip-hop movement, so it’s no surprise this music genre continues to inform luxury designer’s athleisure decisions. While hip-hop has grown into a billion-dollar industry, street fashion and small recording studios are where it originated.

“Making something out of nothing is the ethos of hip hop, and it underscores why and how the culture continues to inspire, influence, and shape mainstream fashion houses,” reported Huck magazine.

In the ’80s and ’90s, hip-hop culture popularized European designer brands like Gucci, Chanel, and Louis Vuitton. The trailblazers styled buttoned-up fashion brands with an air of cool that revolutionized the genre. Brands such as Polo Ralph Lauren and Tommy Hilfiger also gained recognition in hip-hop culture, as high-profile performers began to wear their brands.

From Beyonce’s “Formation” video to her Super Bowl performance, the Black Panther Party has long-impacted artists far after the group’s rise in the ’60s. The militaristic-style and black leather jackets became statements that have lived on through runways of the decades. 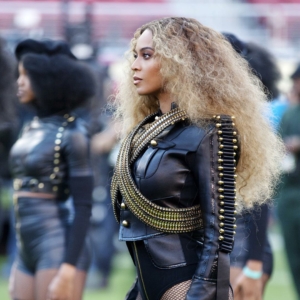 Before Queen Bey, early hip-hop groups also popularized the fashions. On the West Coast, groups such as Public Enemy brought a unique sound to hip-hop — and that welcomed a unique style in its own right. Coach jackets, baseball caps, and military-fitted fashions akin to the Black Panthers became the new street style.

According to Highsnobiety, the Black Panther Party espoused, among other things, an ideology that celebrated non-Eurocentric beauty standards and “Black is beautiful” became a rallying cry of the Black Liberation movement. The time period echoes the Black Lives Matter movement, which demands civil rights and promotes the ideas of Black joy and inclusivity.

If you’re seeing nods to the Black Panther Party in art and fashion, it’s no coincidence, rather a sign of the revolution.

Designers in 2021 are all about logomania. Luxury fashion brands are thriving—just ask the influencers and models cinching their waists with Gucci belt buckles and toting the latest monogram bag. And guess what — the popularity of logos is just one more way the Black community has shaped the industry.

Logomania started with Dapper Dan — GQ even dubbed him the “original auteur of gangster chic.” The notable tailor got his start in the ’80s and fitted clients like Big Daddy Kane and Mike Tyson with counterfeits of luxury brands like Gucci, Fendi, and Chanel. The designer made luxury even more desirable with his custom looks in fur and designer leather in his effort to “Africanize” premium brands. 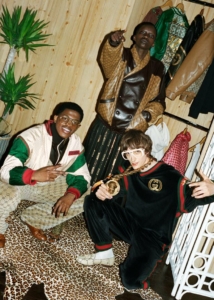 While Dapper Dan’s boutique closed in the ’90s, his mark on luxury lived on. Gucci’s creative director Alessandro Michele designed a balloon-sleeve bomber nearly identical to a 1989 Dapper Dan creation, opening the door for a new conversation. Dapper Dan was soon brought on board by Gucci to create a Harlem atelier of his own. There’s no doubt about it –his mark on the luxury fashion industry is one for the history books.

During Black History Month, take the time to look in your wardrobe and understand the Black designers and movements that inspired the fashion you love. Black culture isn’t just part of fashion’s history; it’s an undeniable part of future.