Recreate These Five Iconic ’90s Looks from the VMAs

Iconic mini dresses, chunky platforms, and textured crop tops — ’90s fashion is back and its return is larger than life. (Cue: your favorite Backstreet Boys album.) Applying body glitter while listening to the Spice Girls, setting your AIM away message, and hitting the mall in coordinated outfits with your besties? The ’90s are a time capsule of nostalgia and iconic looks.

One of the most notable red carpets of the ’90s was MTV’s annual Video Music Awards. As the 2020 VMAs approach, we’re throwing it back to the ’90s and paying homage to our favorite celebrity looks. Recreate their style with pop star flair in these ’90s-inspired looks. 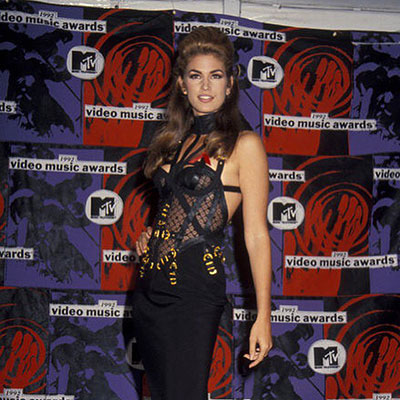 Cindy Crawford at the 1992 VMAs; Photo via @cindycrawford

Supermodel Cindy Crawford was the “it” girl of the decade, slaying each runway and catwalk. Her bondage-inspired dress from the 1992 VMAs turned heads, making it one of the most memorable looks of the night. Snag Crawford’s seductive style by incorporating a chunky black belt with hardware on top of a lace bodysuit and hip-hugging skirt. 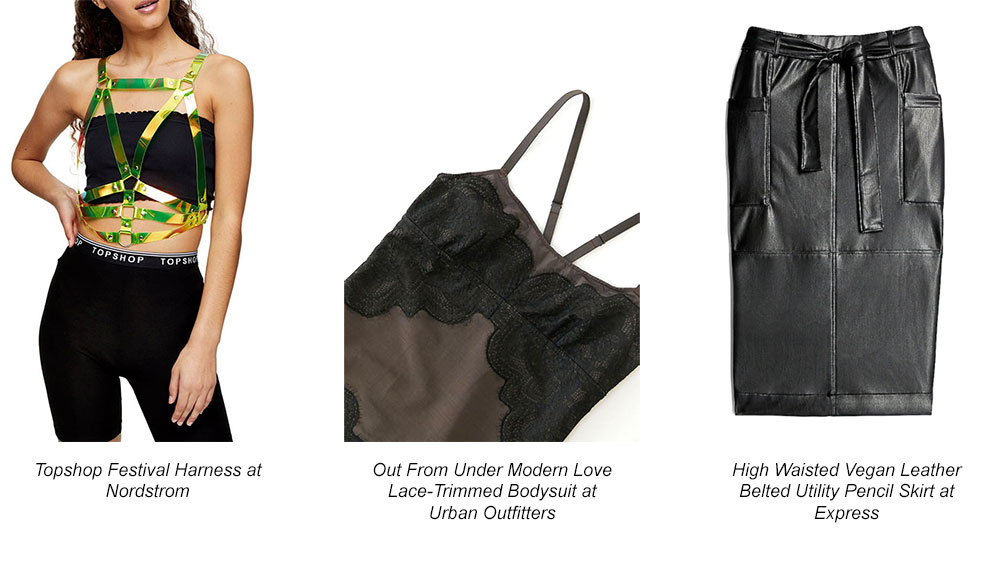 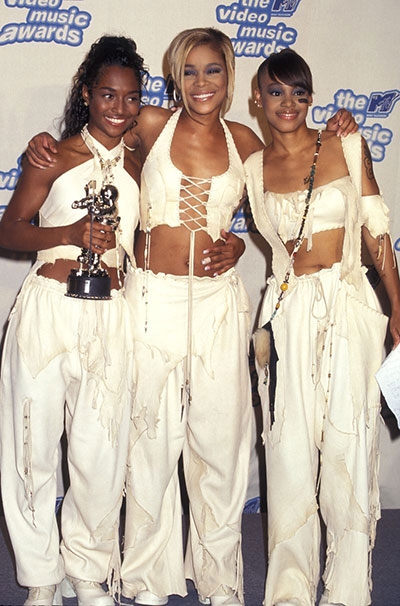 Who could forget TLC sweeping the 1995 VMAs? Not only did the trio win four awards for their album, Waterfall, but they also won a place in our hearts with their coordinated runway look. Score this monochromatic dream with flowing wide-legged pants, a lace-up crop top, and perfect bohemian crossbody. 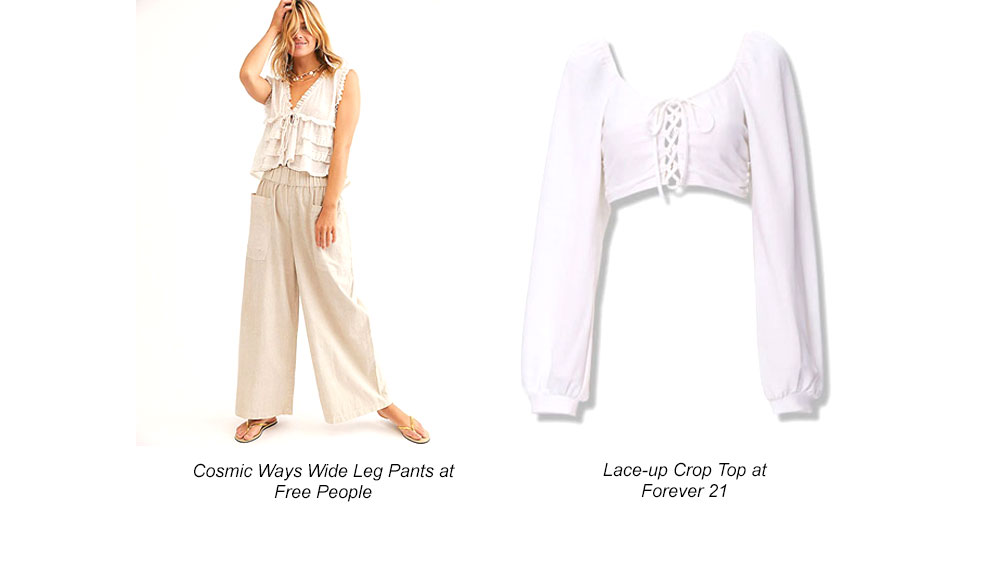 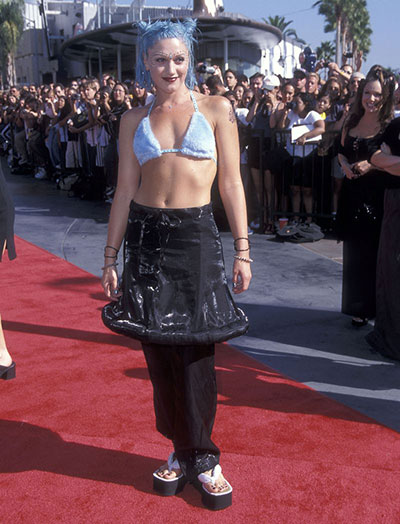 Gwen Stefani at the 1996 VMAs; Photo via MTV.com

Before Gwen Stefani became a judge on “The Voice,” she rocked on as the leading lady of No Doubt. Stefani, whose style is constantly evolving, was the quintessential ’90s Rockstar. Her ever-changing hair colors, body jewels, and bold makeup informed the beauty trends of the decade. On the 1996 red carpet, she wore an intergalactic look before accepting her MTV moon men. To pull off Stefani’s style, don a chic crop top (instead of a bikini) and chunky platform shoes. 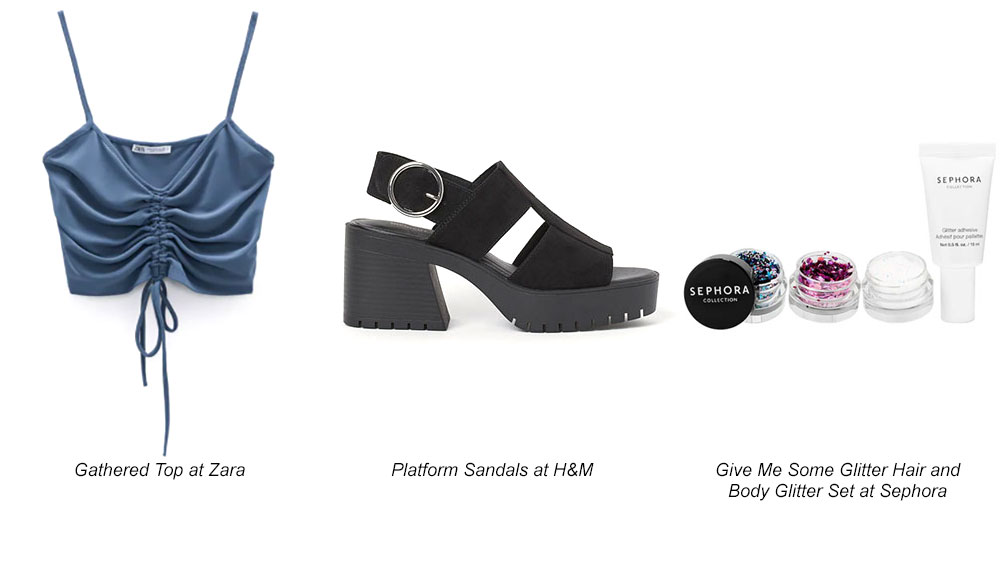 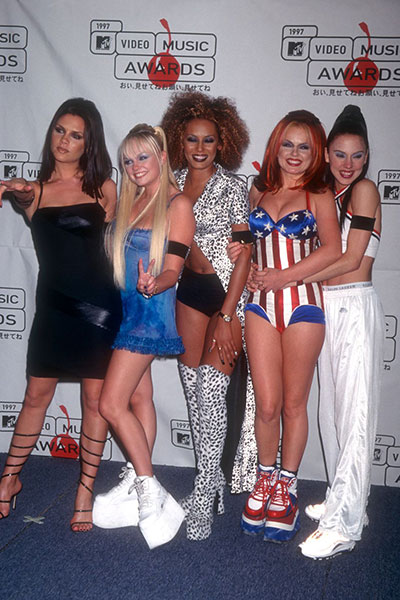 Spice Girls at the 1997 VMAs; Photo via Cosmopolitan

Spice up your life and your closet. The Spice Girls captured the “zeitgeist” of the 1990s, a time where girl and boy bands ruled the music industry. Embrace girl power and take on the look of your favorite Spice Girl. Your band’s starter kit should include teeny-tiny spaghetti straps, Posh’s black dress, Sporty’s tracksuit, and platform sneakers. Bonus points if you wear your hair in Baby’s classic pigtails. 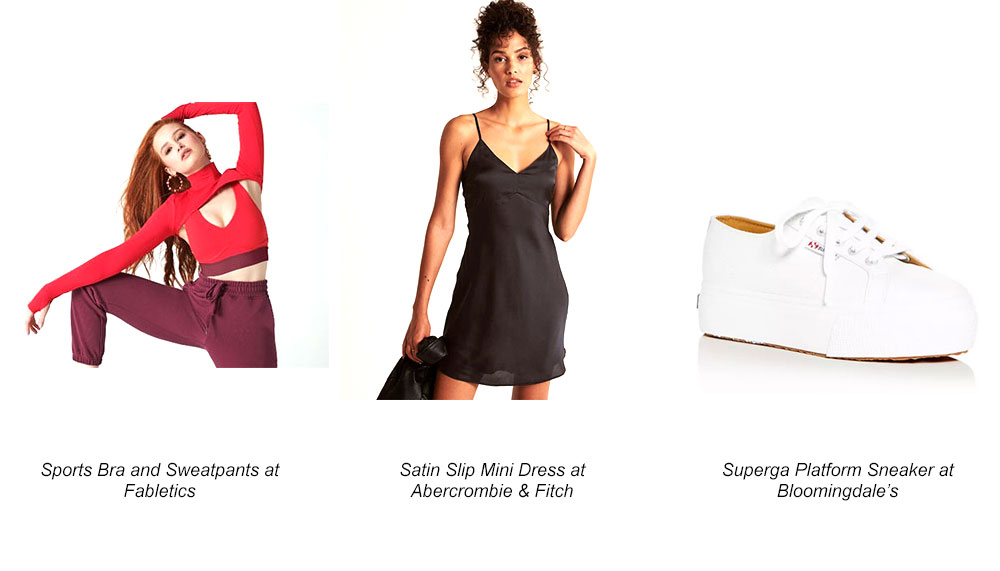 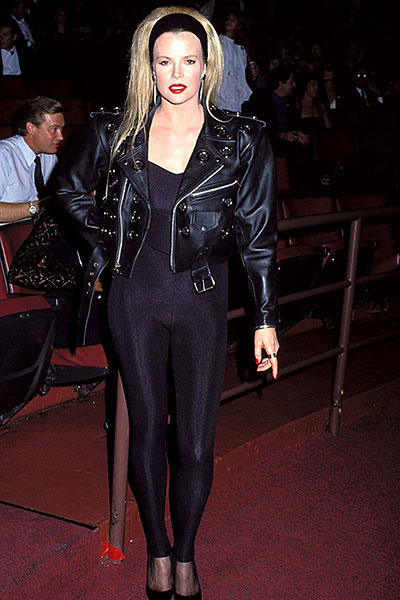 Kim Basinger at the 1990 VMAs; Photo via Harper’s Bazaar

Top fashion magazine Harper’s Bazaar named Kim Basinger’s VMA appearance a “fashion moment we’ll never forget.” We’re throwing it back to Basinger’s 1990 look, inspired by the 1978 film, “Grease,” which was inspired by the 1950s—call it Inception! We love how Basinger blends a ’90s oversized leather jacket with a playful black jumpsuit. 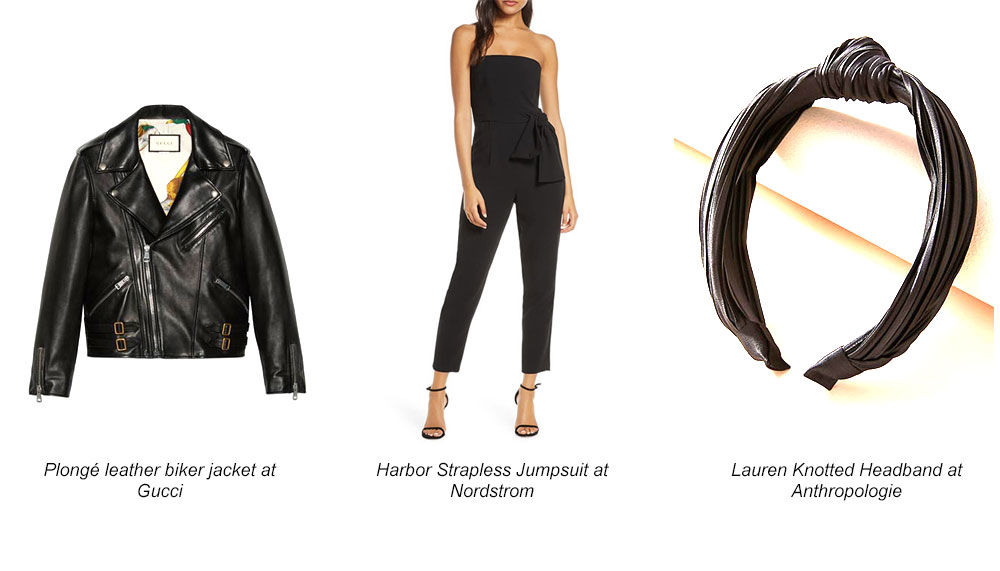 Feeling inspired by our stylish blast to the past? Share your favorite VMA-inspired looks with us on social by tagging @AventuraMall and #AventuraMall for a chance to be featured.