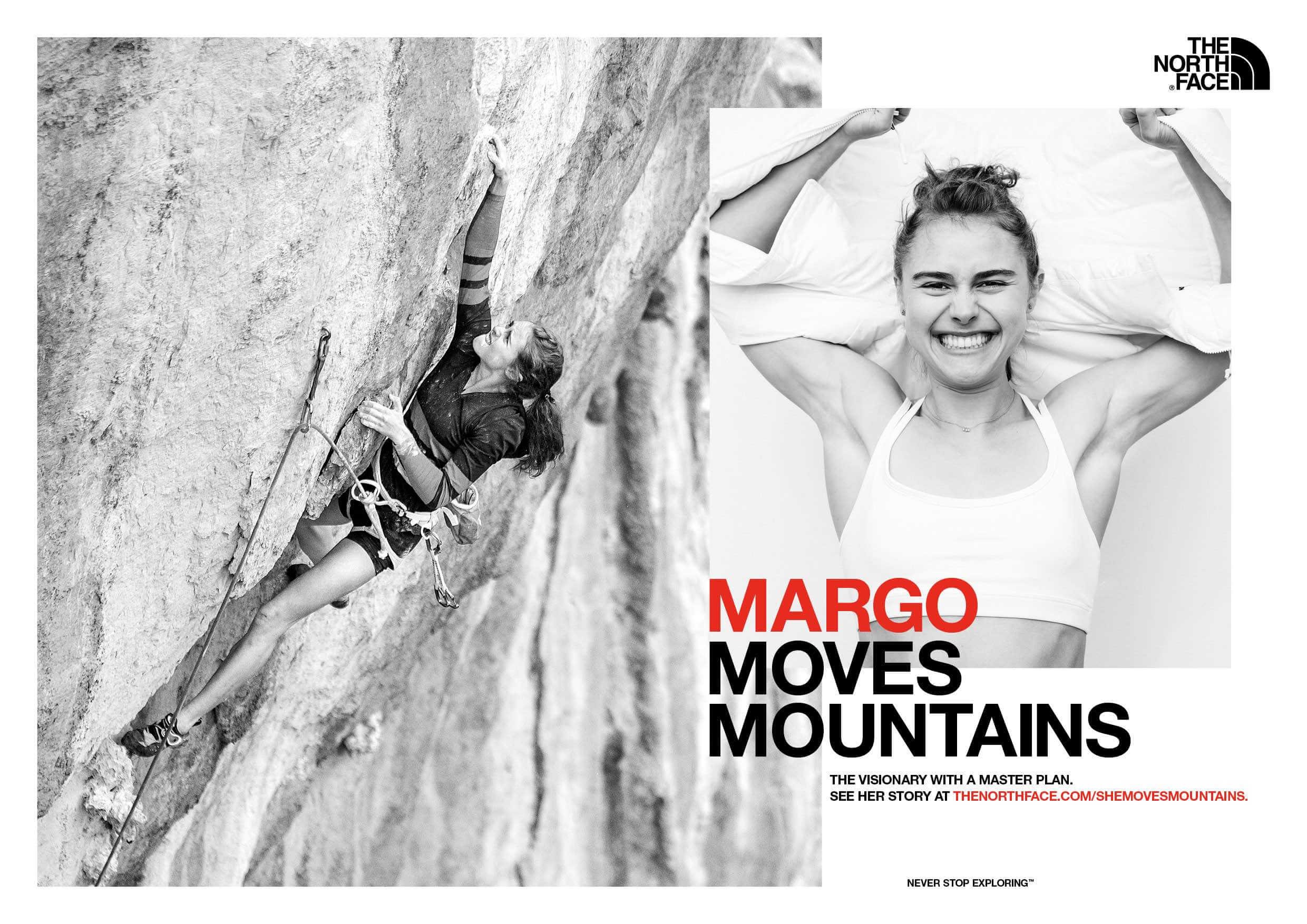 The 50-year-old outdoor brand The North Face isn’t only in the game of selling outwear. It also aims to aspire a shift in our collecting consciousness that seems to have been plugged with digital escapism that often leaves us glued to our seats.
Cue The North Face’s latest global campaign, She Moves Mountains, which is hoping to shine a light on female athletes and inspire a new generation of female explorers, regardless of their background.

From rock climbers Margo Hayes and Ashima Shiraishi, to ski mountaineer Hilaree Nelson and Jiu-Jitsu fighter and ultra-runner Fernanda Maciel, the campaign celebrates some of the most adventurous women from all corners of the globe – and kickstarts the brand’s longer-term commitment to be more inclusive of women.

“We are a large brand that can make a difference,” says Kathy Hines, the brand’s newly-appointed vice-president of marketing and strategy, according to press release. “This campaign was particularly important for us because it’s focused on women in the inner city who might not have the resources to embrace exploration like others might. We wanted to pick that as the sharp point to make sure we were opening up the concept of exploration to any woman regardless of where they live or what their current means are.”

To do this, The North Face partnered with outdoor educational charity The Outward Bound Trust, in an effort to reduce the financial barriers that often go hand-in-hand with expensive outdoor sports. Alongside members of The North Face’s Never Stop Community, they will be working with more than 1,600 young women from urban environments and actively promoting the benefits of outdoor activity to them – from rock climbing to mountain hikes to kayaking.