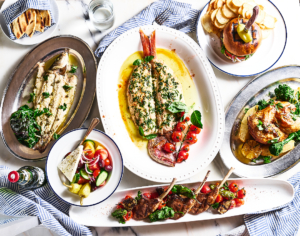 When award-winning Chef Michael Mina and his team – Girair “Jerry” Goumroian and Chef Nikolaos Georgousis – opened Estiatorio Ornos at Aventura Mall this past winter, their goal was to emulate the fresh, casual and convivial style of dining they loved from the Greek islands. Coastal cuisine and seasonal ingredients bursting with flavor are familiar to South Florida diners, but the original twist here is that the MINA Group have introduced the region’s first Fish Sommelier – a role Chef Russ Simon has taken to with a passion. 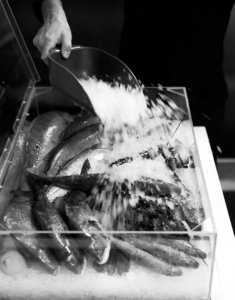 “I’m from Florida, and fresh fish has always been a big part of my diet,” says Simon, whose impressive background includes stints at Wolfgang Puck restaurants in Los Angeles, Singapore, London and Las Vegas, and at the helm of his own restaurant, American English Kitchen + Bar in Hollywood, Florida.

Simon’s international experience and time working with local seafood sources all come together in his role as Estiatorio Ornos’s Fish Sommelier, working with the chefs as they source fresh fish and create specials, and liaising with guests as they peruse the menu – guiding them as a wine sommelier does with a wine list. “I interact with our guests during service,” he explains, “educating them on the specialty fish we have but also talking with them to find out what’s going to be a new, different, or simply the best experience for them, based on their tastes.” 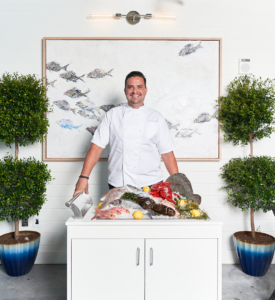 Each day, a seafood cart displays the day’s fresh catch, accompanied by a raw bar offering oysters, calamari, prawns and octopus. Simon estimates that about two thirds of the restaurants’ fish is flown in from the Mediterranean, and part of his job is to help translate for guests, as some types of fish are known by one name in Greek, and another in English or Spanish.

“For example, Tsipoura is the Greek name for a fish on our menu, but not many people who come in necessarily speak Greek, so we also list the English name, which is Sea Bream. For our Spanish-speaking clientele, I will explain that this is Dorado.” 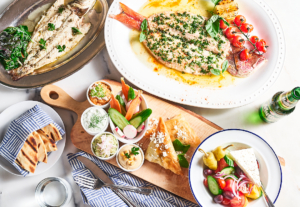 The fish menu changes seasonally, but “the local red snapper coming out of the Gulf of Mexico is typically available year-round,” says Simon. Whether sourced overseas or from Florida, “we make sure that the partners we work with are bringing in sustainable fish.” That includes the menu’s Faroe Islands salmon, as well as crowd-favorite sea bass, better known as Branzino or, at Estiatorio Ornos, called by its Greek name, lavraki.

Whatever type of fish a guest orders, it will be prepared with “the simplicity that comes with a lot of Greek cooking,” which is to say that the chefs stand by the freshness and quality of their ingredients, and the fact that the restaurant brings in fresh fish seven days a week.

Once de-boned, whole fish is placed in a metal grate, lightly seasoned with salt, pepper and olive oil and placed over the wood-fired grill. “It’s definitely an art,” adds Simon. “We make sure that the skin is crispy but the flesh stays nice and tender. Once the fish is perfect, it goes right onto the plate, with a little bit of olive oil and some capers for garnish – and we serve it with a grilled lemon and a little bit of sautéed wild greens.” 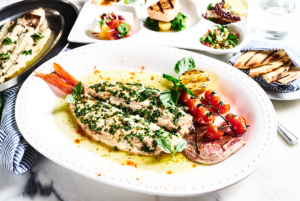 For guests less familiar with eating seafood, Simon might recommend the grouper, which can have a milder flavor, but he also relishes the chance to point guests in the direction of something new. “The fagri is our Greek snapper, and it’s something I often recommend people should try,” he says, “for no other reason than they’re not going to get it at any other restaurant in South Florida aside from ours.”

To make a dine-in reservation at Estiatorio Ornos, visit SevenRooms or call 786-697-1681 for more information. 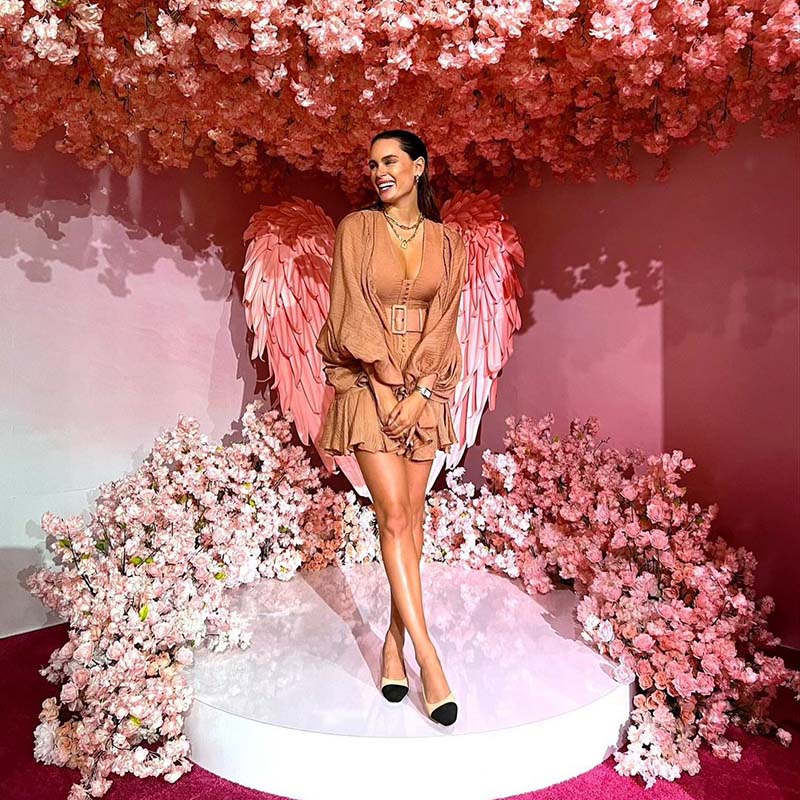 culture
The Floral Escape is in Full Bloom at Aventura Mall 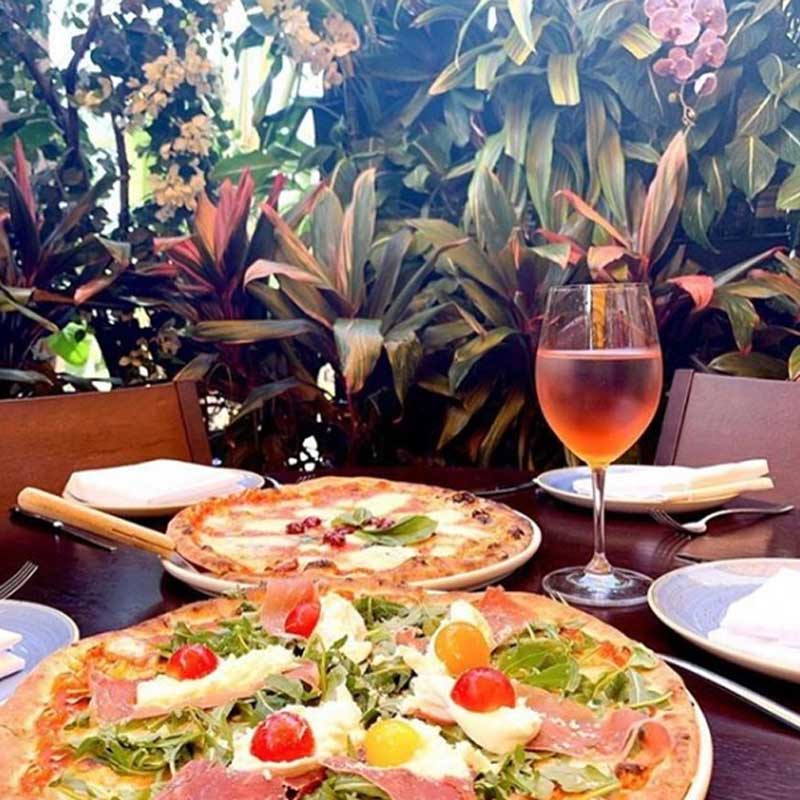