Growing up, Alyssa Hammond looked up to Diana, Princess of Wales, who used her position to raise money and awareness for numerous humanitarian causes – leftover landmines from wars, abandoned children living with HIV/AIDS, stigma against lepers.

When Alyssa was promoted several years ago to Starbucks district manager in Stockton, Calif., she started to meet local families struggling financially. And she found her own cause to champion – fighting hunger.

“Someday I hope I am a good-will ambassador for something amazing,” Alyssa remembers thinking. “Why can’t I do that at work?” 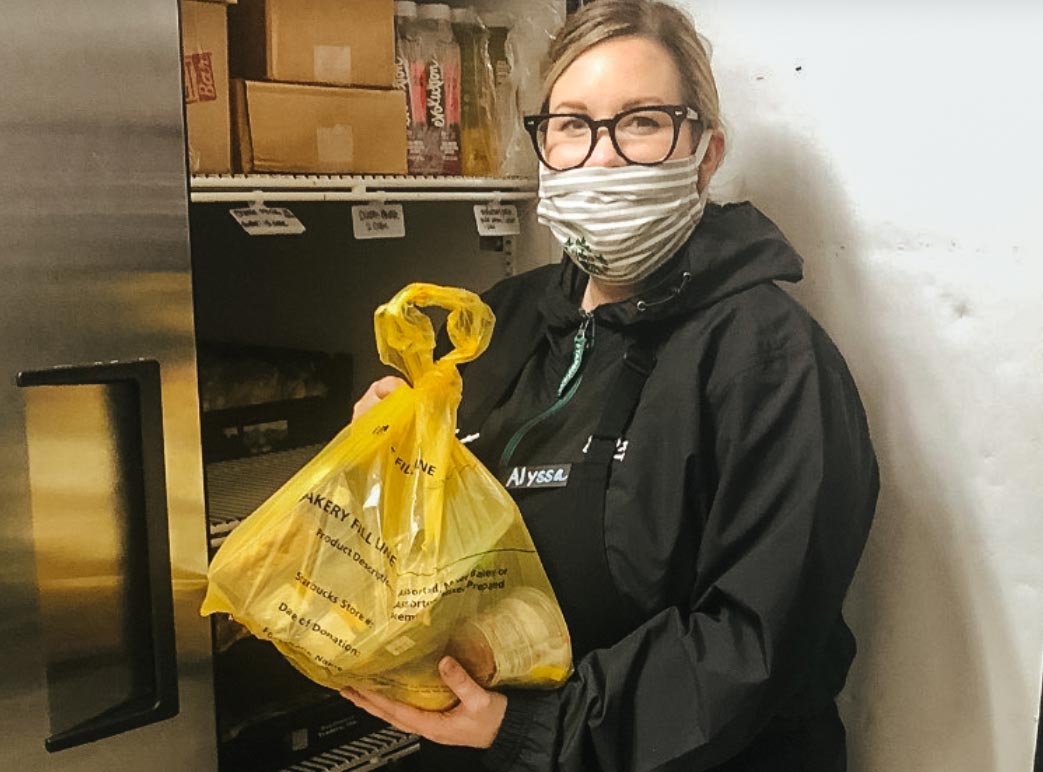 So, alongside other Starbucks partners, she began volunteering at Second Harvest Food Bank in California’s Central Valley, part of the Feeding America network, the nation’s largest domestic hunger relief organization. Starbucks teamed up with Feeding America in 2016 to launch Starbucks® FoodShare, which delivers unused, nourishing Starbucks food to nonprofits around the U.S.

Alyssa volunteered at mobile food pantries, took supplies to tent cities and led company meetings at Second Harvest’s conference room to keep the community’s food insecurity at the forefront of her store managers’ minds. She was recently invited to sit on Second Harvest’s board of directors.

With the global coronavirus pandemic causing record unemployment and food insecurity skyrocketing everywhere, Starbucks is working with Feeding America to get food to people who need it most.

The Starbucks Foundation is donating $1 million to Feeding America’s Covid-19 response fund and $25,000 to the Food Bank for New York City. Starbucks, as part of its hometown support efforts, is also giving $250,000 to Northwest Harvest in Seattle.

It’s a company-wide commitment, says Jane Maly, Starbucks FoodShare program manager. Starbucks is making sure all unused food and ingredients from its stores, distribution centers and Princi kitchens are ending up with foodbanks or other local community partners.

“Now, more than ever, there should be no food thrown away,” Jane says.

An estimated 37 million Americans are already struggling with hunger. During the pandemic, food banks are facing a worrisome combination of spiking demand and decreasing donations and volunteers, who can’t get out because of quarantine measures and concerns about personal safety. An estimated 17 million more people may face hunger over the next six months’ issues due to the impacts of COVID-19, according to Feeding America’s forecast. 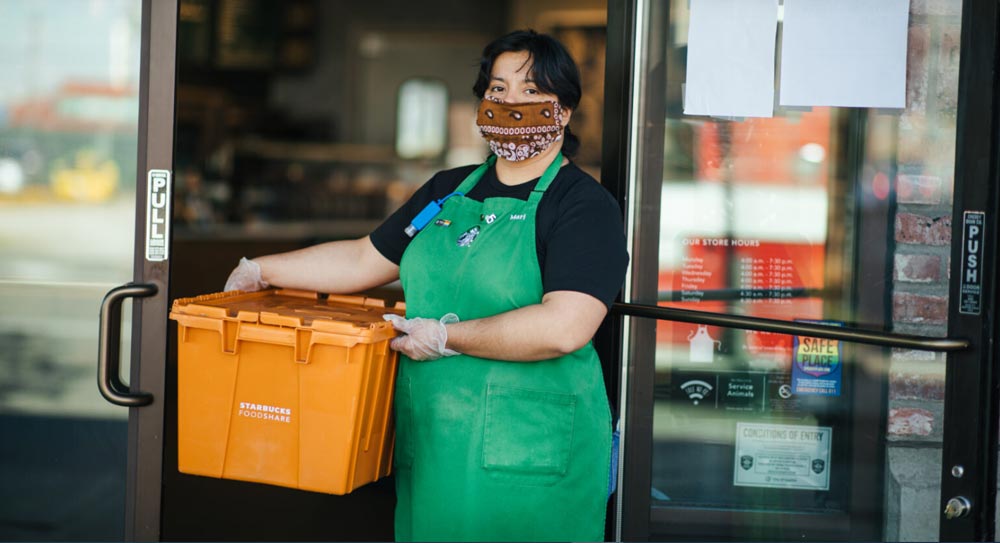 “Good neighbors protect themselves and their communities and they do what they can to help each other.  There are people near you right now who are in need of a helping hand,” says Claire Babineaux-Fontentot, Feeding America’s chief executive officer. “I anticipate that all of us will face hardships over the coming weeks, but I also believe that as we do, we will not lose sight of the humanity we possess, and that solidarity will triumph over adversity.”

For Alyssa, her mission to help ensure no food goes to waste means getting Starbucks food from her 14 stores to local foodbanks and churches; trucks usually pick up the unsold food every night. It means contacting the sheriff’s department so deputies can take it to senior citizen homes. It means constantly staying in touch with anyone and everyone in the community who needs to eat, and delivering items personally when necessary.

Alyssa, who started with Starbucks 17 years ago as a teenage barista, is most worried about her community’s kids, who might not be getting enough food at home with schools closed and so many parents in the area having lost jobs. She’s still haunted by the memory of a malnourished child she met during a tent city visit.

“All those kids who don’t have access to food, that should be on everybody’s mind,” she says. “As a leader, these are the things I should be doing with my position. This is how I influence my people to be better people.”

Starbucks is also supporting local food banks with resources and logistics, reassigning trucks that usually supply stores but are now idle because of widespread closures. Drivers with Quality Custom Distribution (QCD) in Kent, Wash., and Penske Corp. in San Diego, are helping deliver food for food banks in their communities instead.

Malcolm Williamson, 31, is one of those drivers. He drives a 20-foot box truck for QCD and supplies Starbucks in Western Washington. It’s been tough at work, with less product to move because of the store closures, and at home too, he says. Malcolm has two children, including a 1-year old. His older son would be deep into basketball games and tournaments by now, but all that’s been canceled as well.

“It’s just been a hit on everybody, it’s brought everything to a halt, financially, personally,” says Malcolm, the son of a retired Air Force airman. “But I just feel like it’s so important for everybody to come together. It takes something like this to take a step back and think about the next person. It just means a lot for everybody, for families in need. It’s a great thing, to help out, in any way we can.”