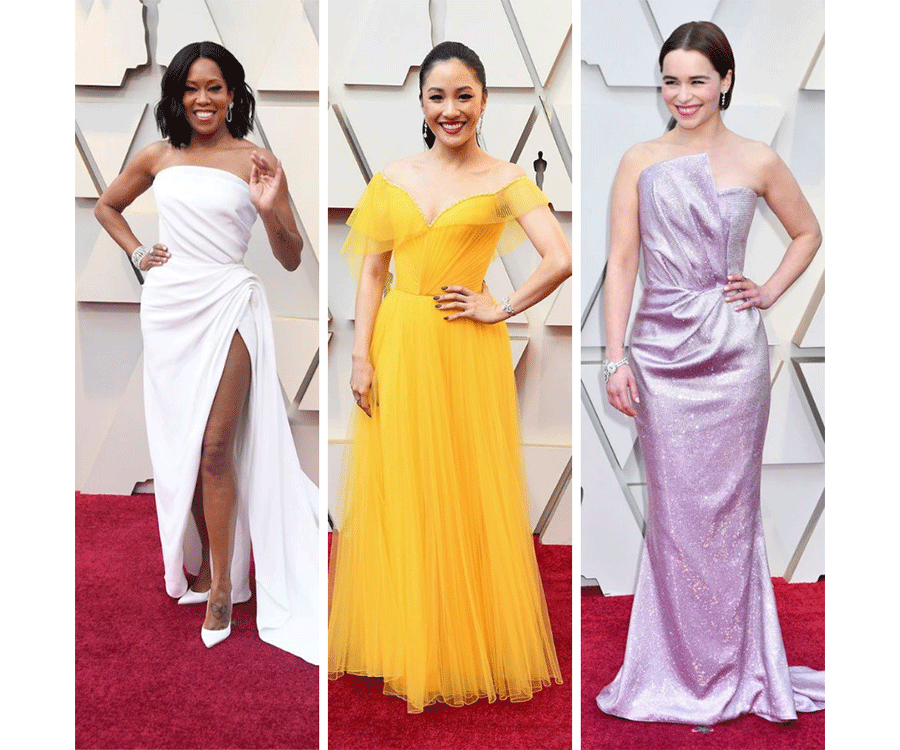 Hollywood’s favorite night did not disappoint. The 91st Academy Awards captivated millions of viewers as the distinguished ceremony unveiled the best films of the year. From Spike Lee’s hilarious embrace with Samuel L. Jackson to Lady Gaga and Bradley Cooper’s painstakingly beautiful performance of “Shallow,” we laughed and cried throughout the four-hour show. Though the Oscars’ finale may feel like the most anticipated moment, we’d be lying if we said the red carpet isn’t our favorite part. From sweeping gowns to tailored tuxedos, celebrities made a grand entrance. And the award for best dressed goes to… 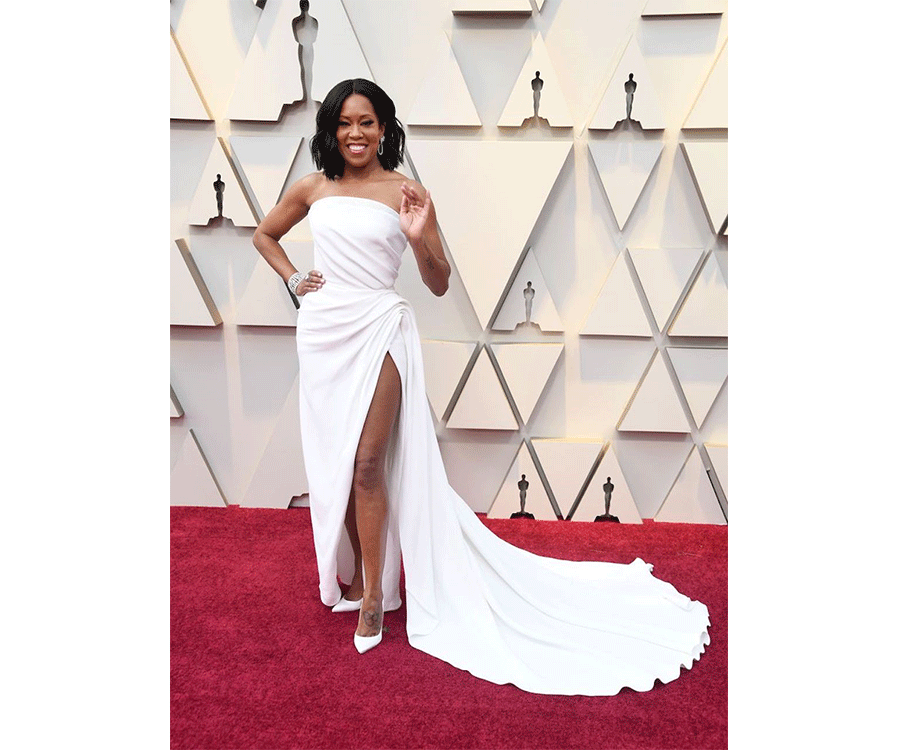 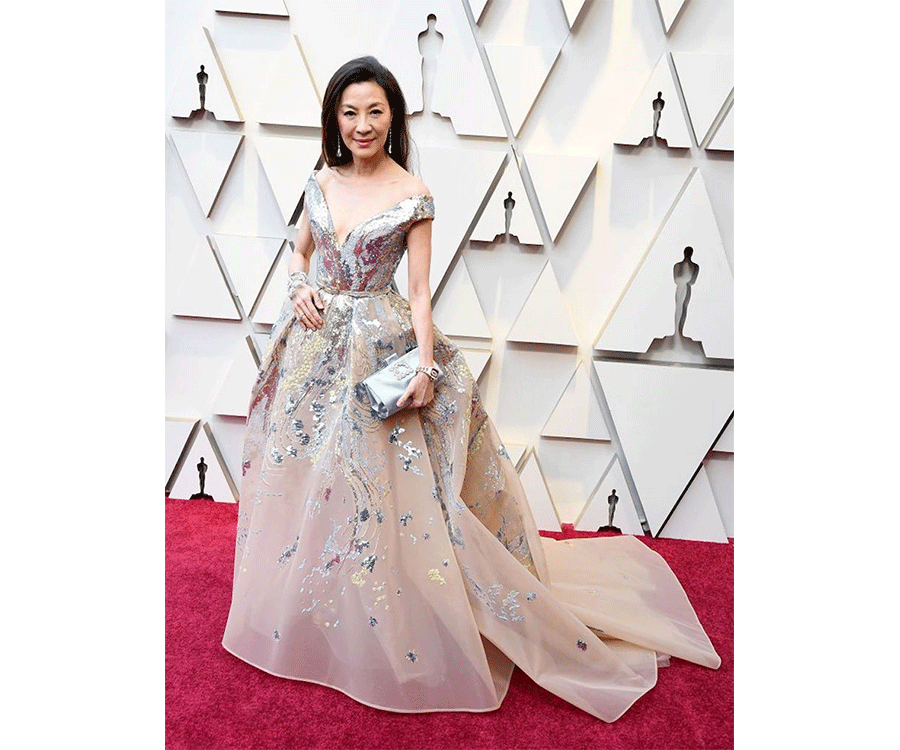 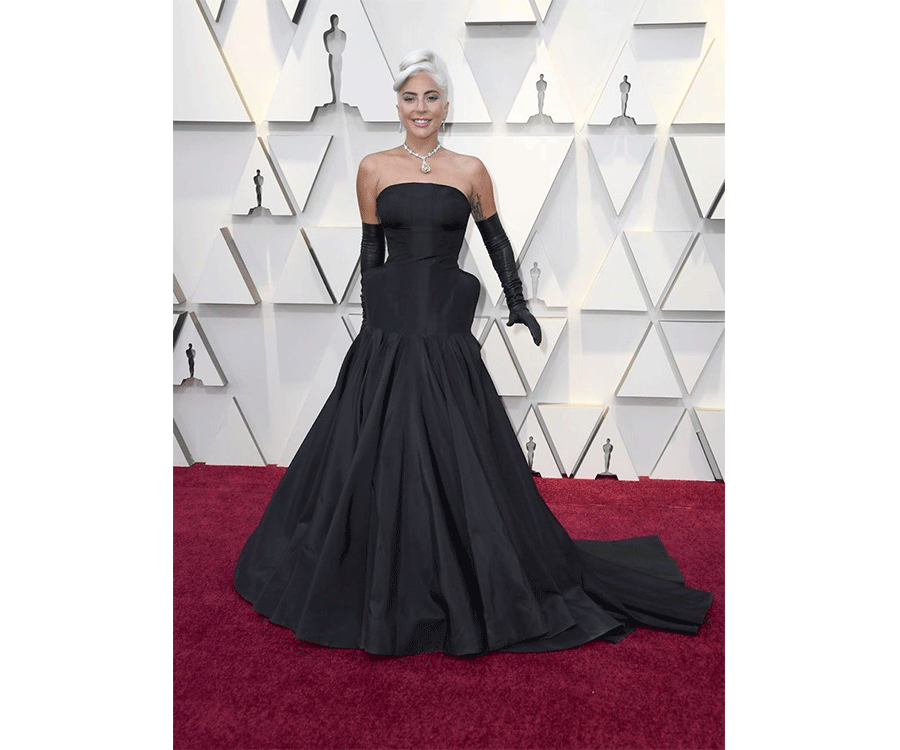 Lady Gaga reeled in her wild side at the Oscars, opting for a refined and glamorous ballgown. The Alexander McQueen dress and platinum blonde up do seemed to pay homage to the late Audrey Hepburn a la “Breakfast at Tiffany’s.” 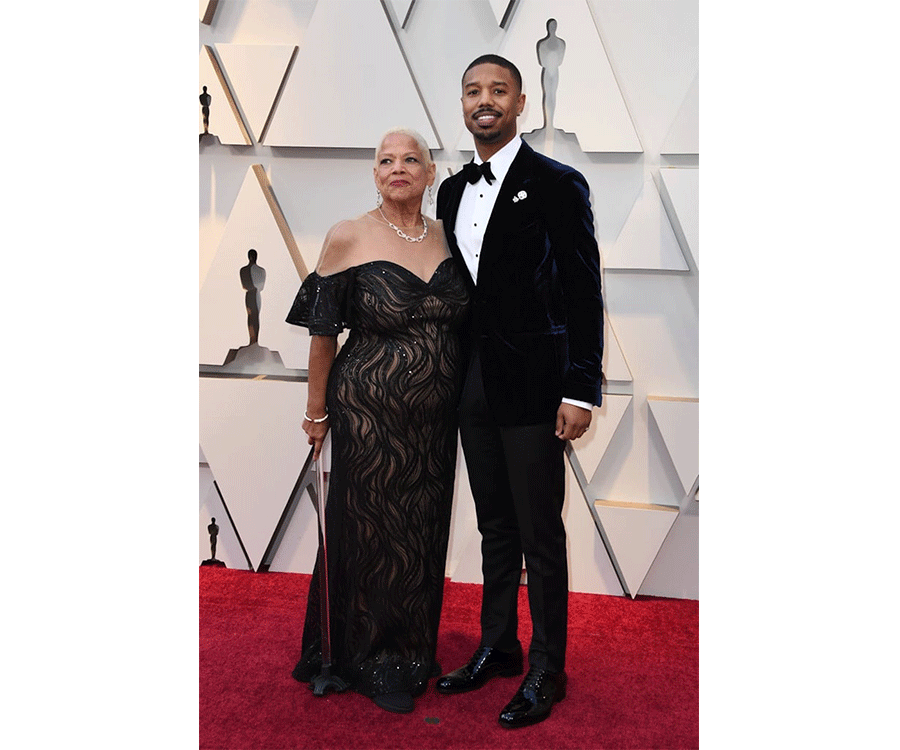 “Black Panther” star Michael B. Jordan rocked the red carpet in Tom Ford. His best accessory was his mom, who joined Jordan on his arm at the Academy Awards! 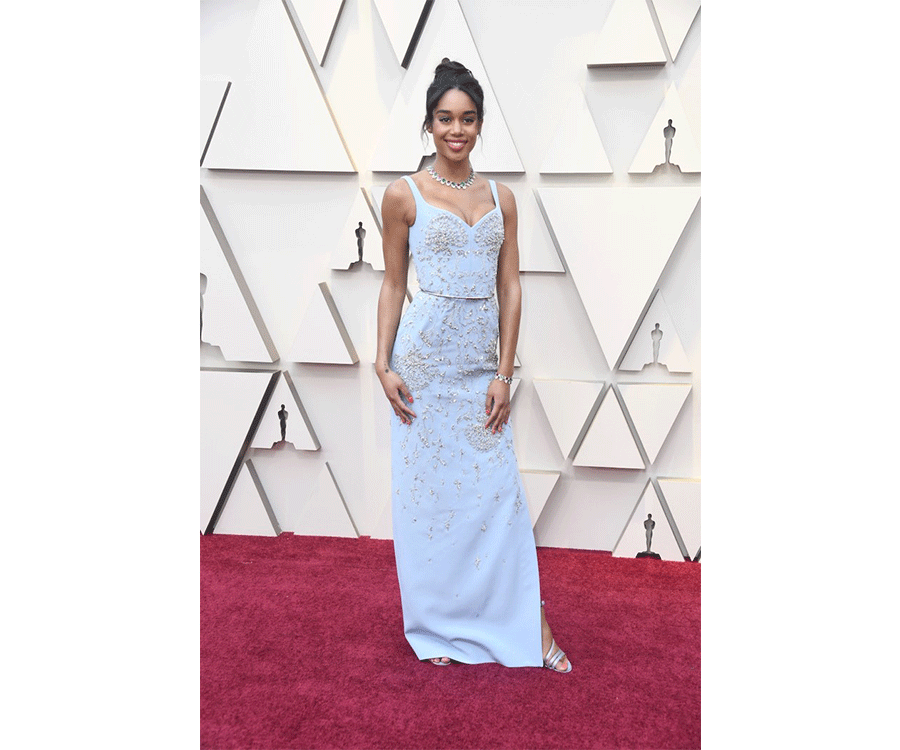 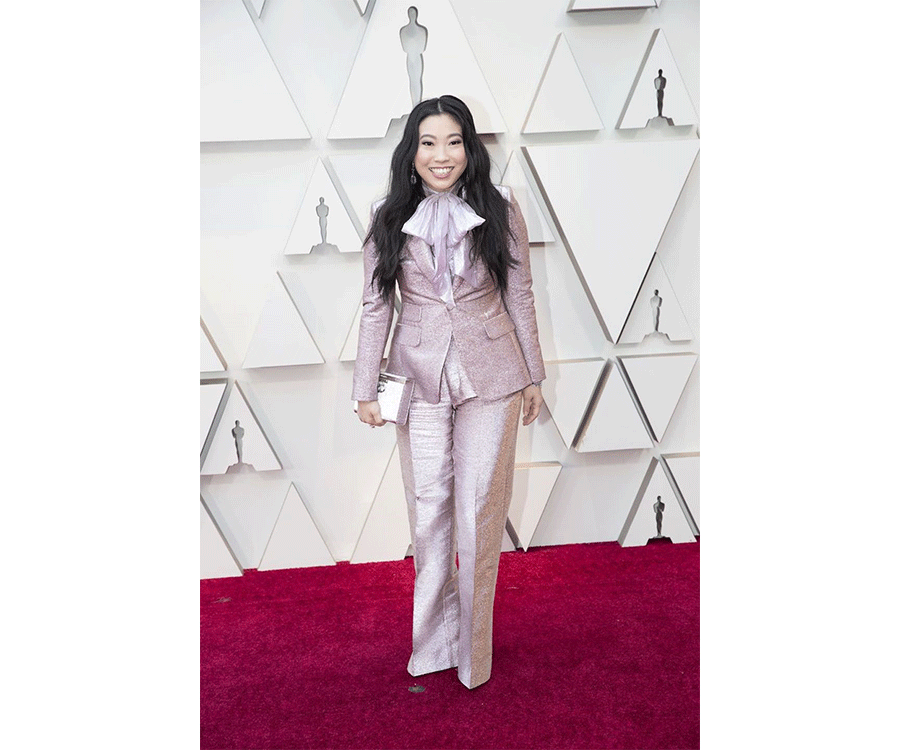 Awkwafina, comedy’s rising star, wowed audiences in her role as Peik Lin in “Crazy Rich Asians.” Her charm and wild fashion statements continued off screen, especially with the help of this jaw-dropping DSquared2 metallic suit. 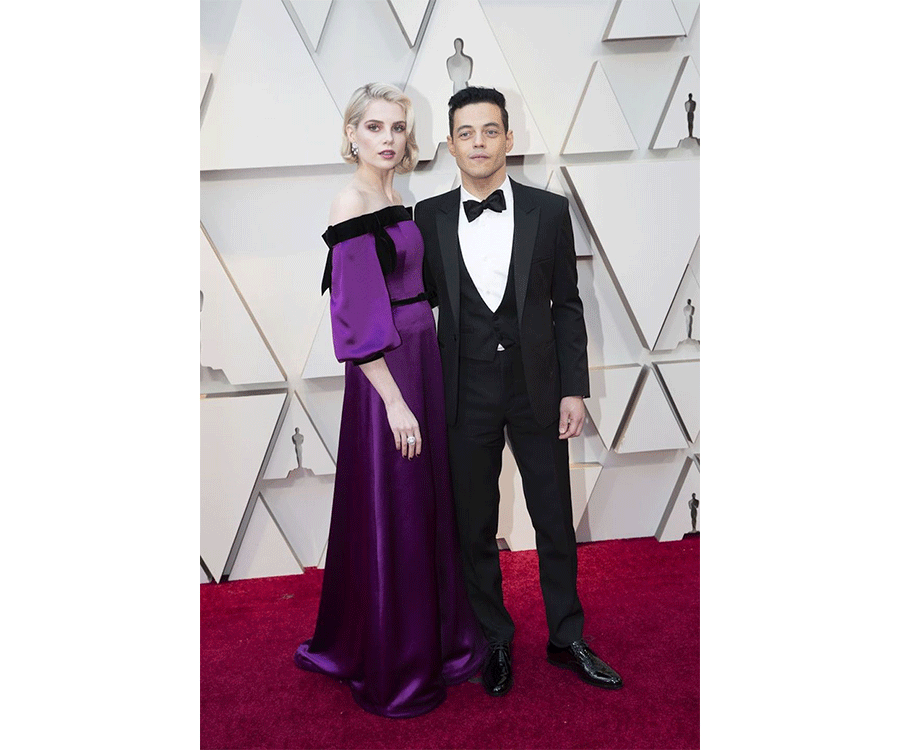 Rami Malek took home the Oscar for Best Actor last night, dressed to the nines in his sophisticated Saint Laurent tuxedo. He might have played the frontrunner of Queen, but he looked like an absolute King at the Academy Awards. 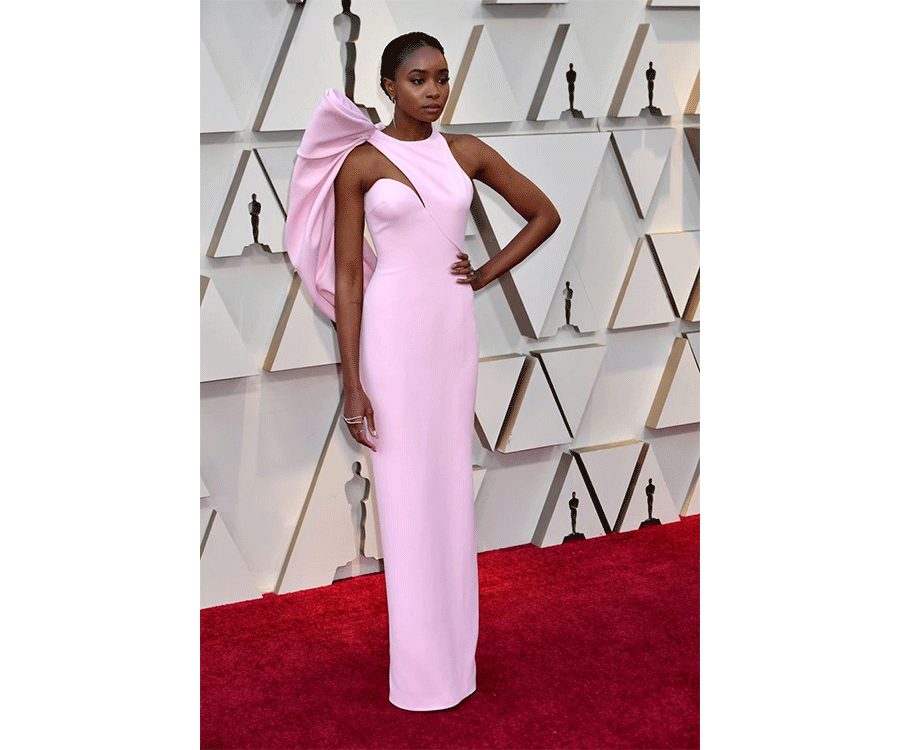 Kiki Layne looked pretty in pink in a sweeping Atelier Versace gown. The star stood out among the crowd with her dramatic asymmetrical top. 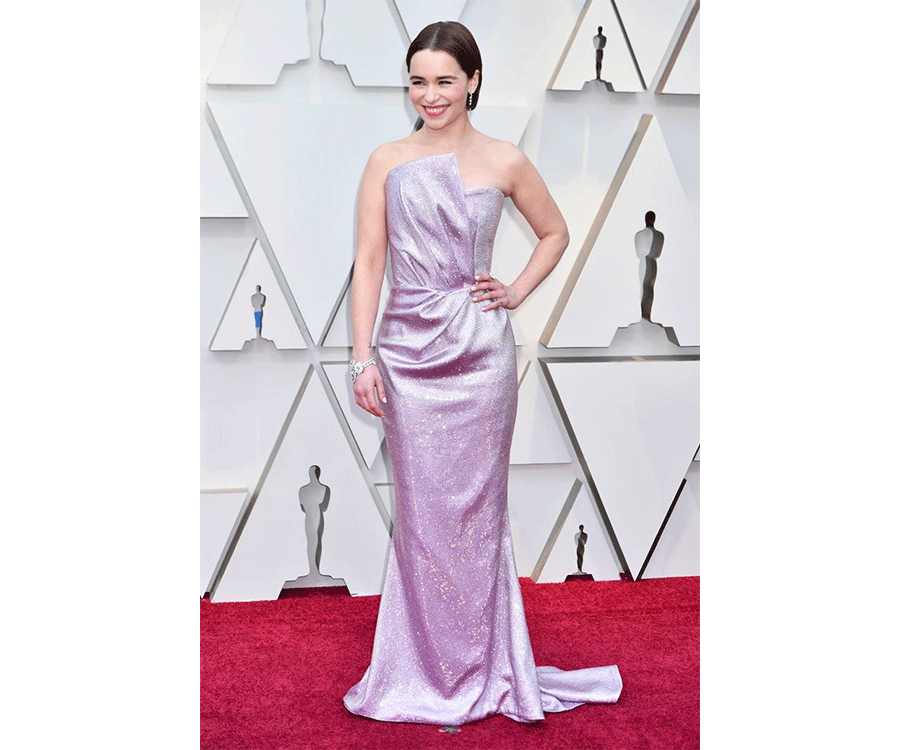 Who’s ready to bend the knee to Emilia Clarke in this outstanding Balmain dress? When the Game of Thrones star isn’t playing a queen, she still looks like royalty. The metallic dusty lilac gown was one of the most elegant looks of the night. 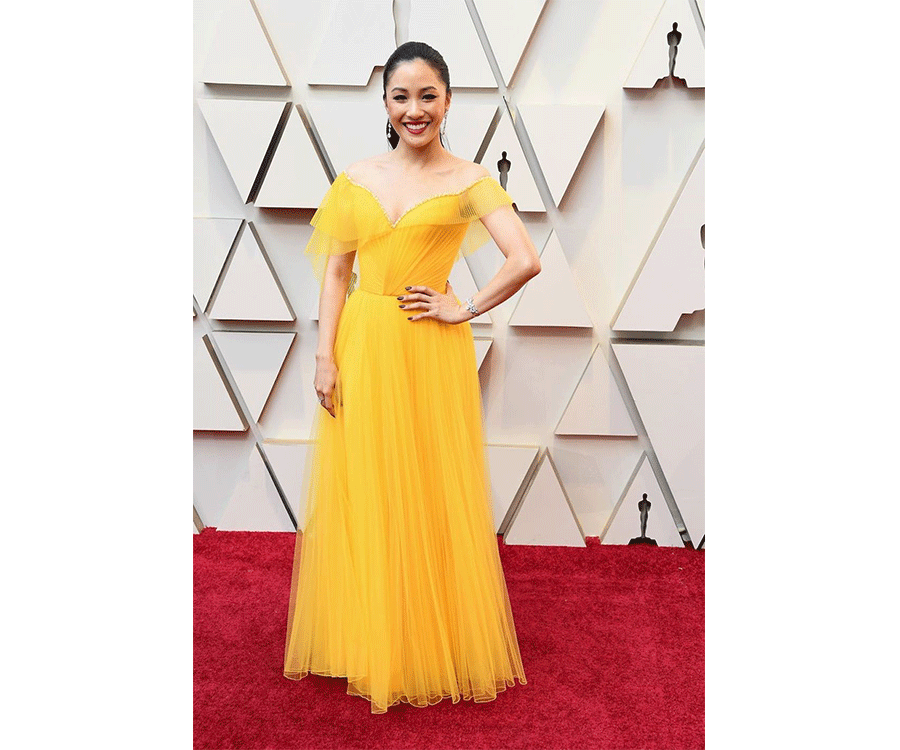 The “Crazy Rich Asians” stars did not come to play at this year’s Academy Awards! Constance Wu, who originated the role of Rachel Chu in our favorite 2018 rom-com, won us over with her yellow tulle Versace gown. The actress looked like she stepped out of the silver screen and into a storybook. 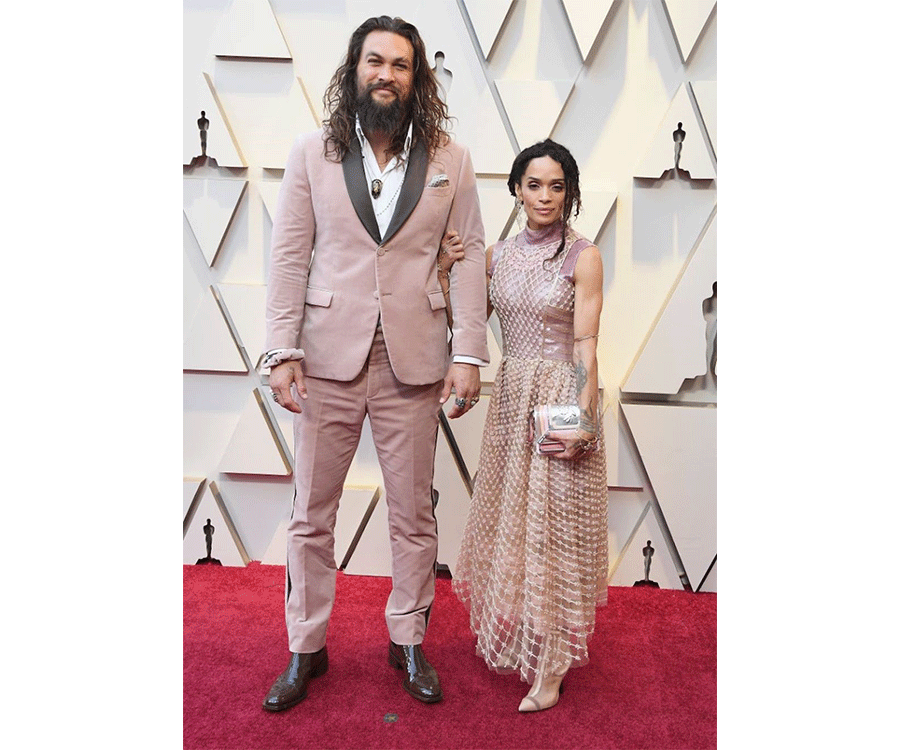 “Aquaman” star Jason Momoa embraced his soft side in a blush-toned velvet Fendi suit designed by the late Karl Lagerfeld who passed last week. The star and wife, Lisa Bonet, had the honor of wearing matching outfits from Lagerfeld’s last couture collection. And, yes, Momoa is wearing a matching scrunchie around his wrist—just embrace it.

Inspired by their style? You can channel your inner Momoa and Bonet when you visit the Fendi at Aventura Mall. 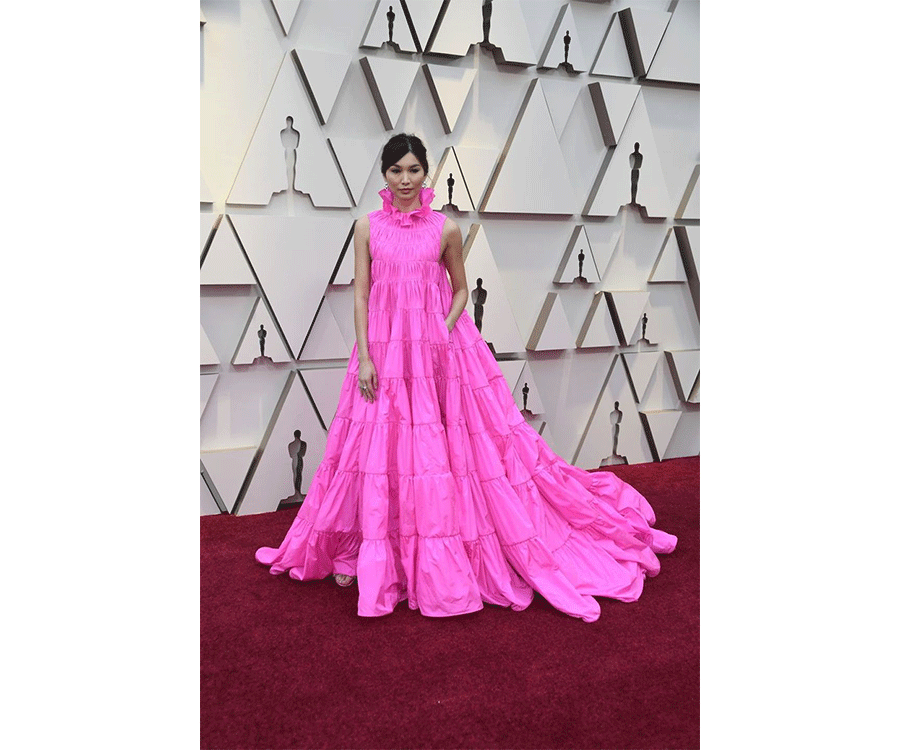 Pink was the night’s biggest color trend, and no one wore it better than Gemma Chan. The “Crazy Rich Asians” actress turned heads in hot pink Valentino gown and distressed-yet-demure messy bun. 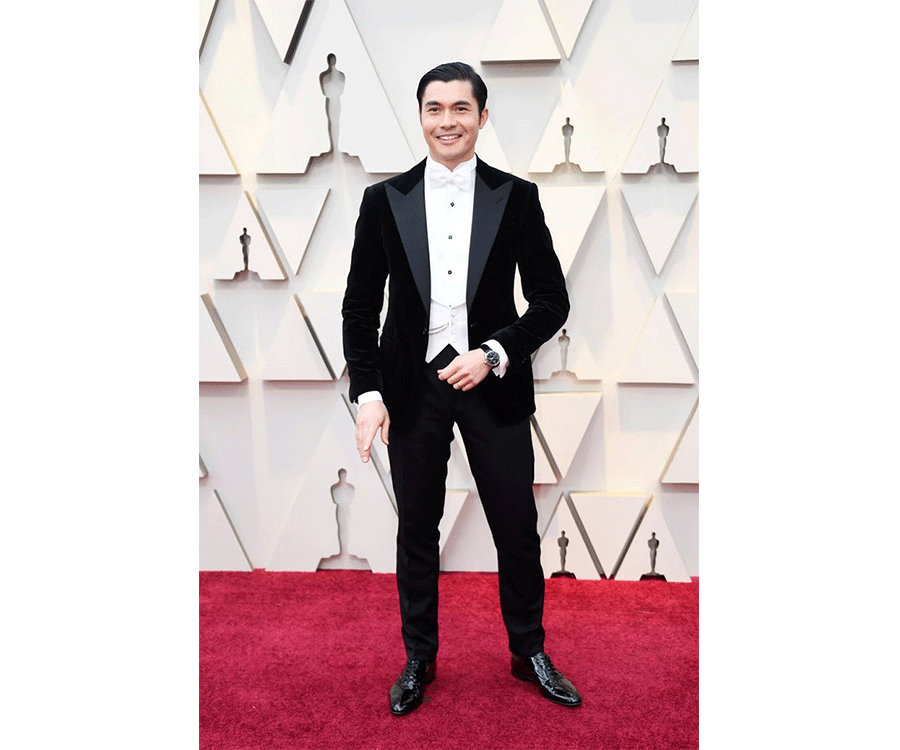 Hollywood’s new “it” boy, Henry Golding, showed up looking as dapper as ever in a sophisticated Ralph Lauren purple label tuxedo.