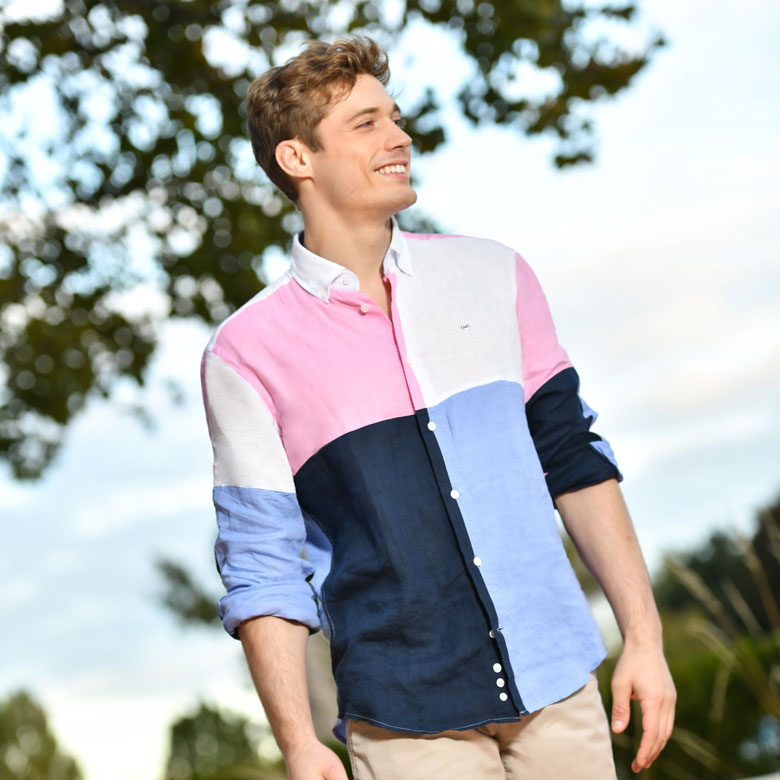 The sport, Rugby, is a beautiful combination of toughness, and a gentleman’s club based on fair play with amazing core values: integrity, passion, solidarity, discipline and respect.  The dream, create a fashion brand for men who, like Rugby players, want to have a comfortable style while looking good, regardless of the size or the situation.

This story starts on January 11th, 1987. As soon as they had the idea, Frank Mesnel and his partners knew immediately their venture would be their best "match". This is a story of sports and dreams, full of friendly winks, games and fair play, but you should know upfront, this is not a short story.

In 1987, France took the rugby world by surprise when they earned a place in the World Cup final against New Zealand at their stadium, Eden Park. For Mesnel and his teammates, just getting to that stage was already an achievement akin to conquering Mount Everest. France was defeated 29-9 by the magnificent All Blacks. Franck Mesnel played in that final carrying a pink bowtie in his pocket.  When Mesnel and his partners needed a name and icon for their new brand, Eden Park and the pink bow tie where a sure choice.