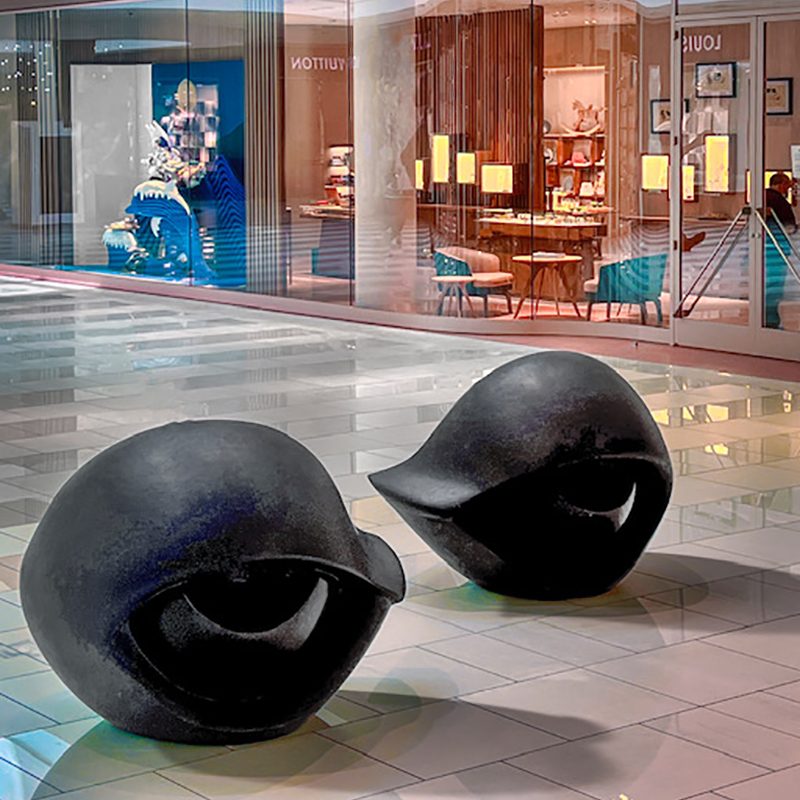 Considered one of the most revered artists of our time, Louise Bourgeois’s first exhibition of sculpture took place in New York in 1949 and she holds the distinction of being the first woman artist to be given a retrospective at the Museum of Modern Art in New York. Her work is included in the collections of most of the world’s leading museums.

The surrealistic Eye Benches appear to follow viewers with their disembodied gaze. Bourgeois has said, “Whether it is an eye that sees the reality of things or whether it is an eye that sees a world of fantasy...It is the quality of your eyes and the strength of your eyes that are expressed here. Nobody is going to keep me from seeing what is instead of what I would like.”