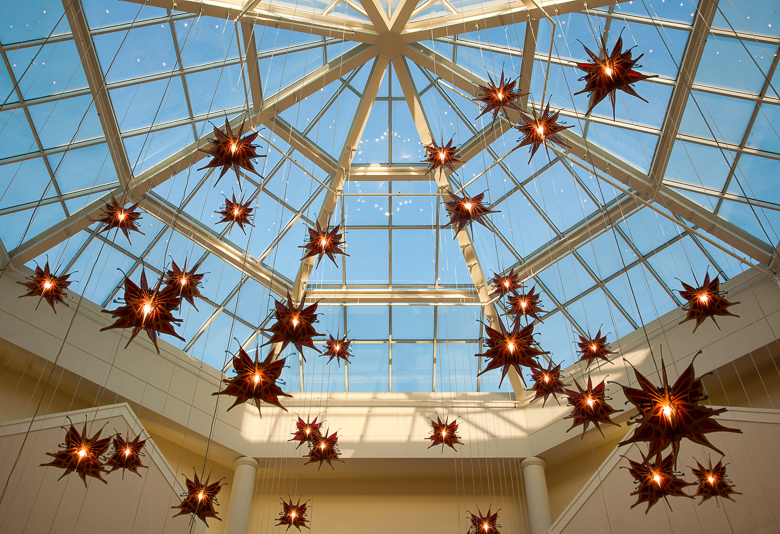 Cuban-American artist Jorge Pardo, explores the relationship between functionalism and aesthetics and his work incorporates elements of design, architecture and beauty.

The 96 lamps in this site-specific work, take the form of butterflies that are alluring, practical, and question the viewer’s definition and expectation of what is considered fine art. Pardo commented to The New York Times that he hoped the installation would make guests stop in their tracks, noting, “A lot of people want to take pictures of themselves in front of the butterflies. In that sense it’s really cool, because it works like a traditional monument.”