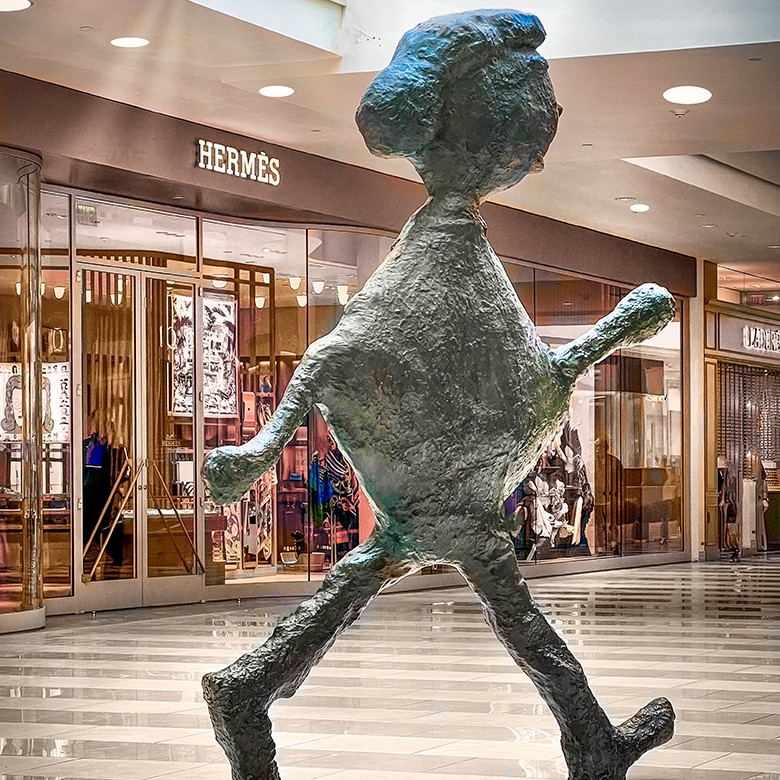 Donald Baechler (1956-2022) emerged on the international art scene in the 1980s. He created a vocabulary for his art consisting of the simplest gestures and shapes, inspired in large part by the art of children.

Fascinated by art created by the non-artist, Baechler imitated these naïve forms with a critical edge. In his Walking Figure, Baechler presented the image of a young woman striding forward as if caught in mid-step, the silence of her expression commanding the space.

Baechler’s work is included in the permanent collections of such prestigious museums as the Whitney Museum of American Art and Museum of Modern Art, and Guggenheim Museum, in New York and Centre George Pompidou in Paris.