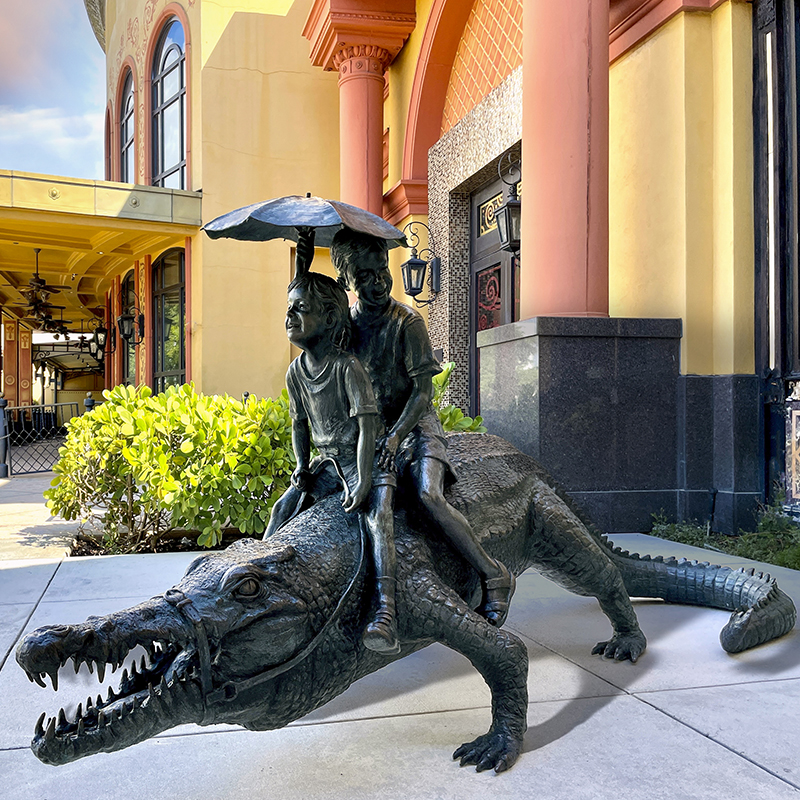 Bill Bond was an award-winning advertising executive in Dallas/Fort Worth before moving into fine art in 1980. His sculptures originally focused on Western themes, then Biblical and historical. Later, Bond moved to Loveland, Colorado where he began experimenting with whimsical, life-size pieces combining humans and animals, such as Crocodile Dandy. Bond said his pieces represent subtle humor: "I'm trying to take you to the barely perceptive edge of humor -- to a point where you laugh, but are hard-put to explain why."